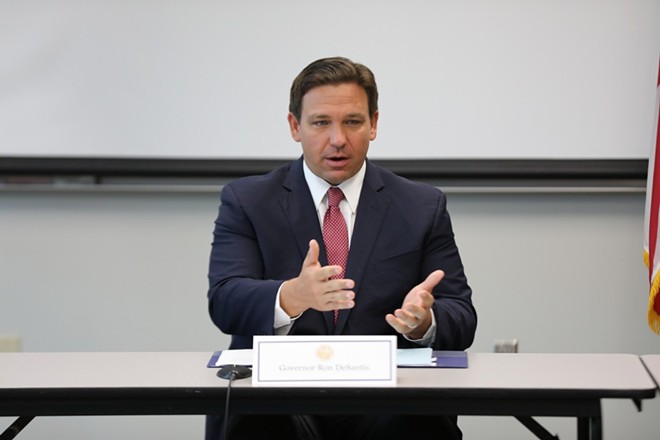 Gov. Ron DeSantis urged Floridians to be aware of local evacuation orders as Hurricane Ian is expected to strengthen into a “major” storm in the eastern Gulf of Mexico as early as Tuesday.

“Floridians up and down the Gulf Coast should feel the impacts of this up to 36 hours before actual landfall, due to the size of the hurricane,” the governor said, adding that the storm was roughly 500 miles wide Monday as it churned south of Cuba.

DeSantis, who over the weekend declared a state of emergency for all of Florida, said the storm’s track indicated an expected landfall around Levy County, southwest of Gainesville. The track, however, remained uncertain, and DeSantis said it could “absolutely wobble further into the peninsula” or away from the state.

“The important thing for people to know is to know the (evacuation) zone that you’re in. You will have counties probably throughout this morning and into this afternoon identifying areas that are vulnerable for evacuation,” DeSantis said.

“We also have storm surge watches in effect from Pinellas County down to the Florida Keys. Those watches are anticipated to become warnings later today,” DeSantis told reporters. 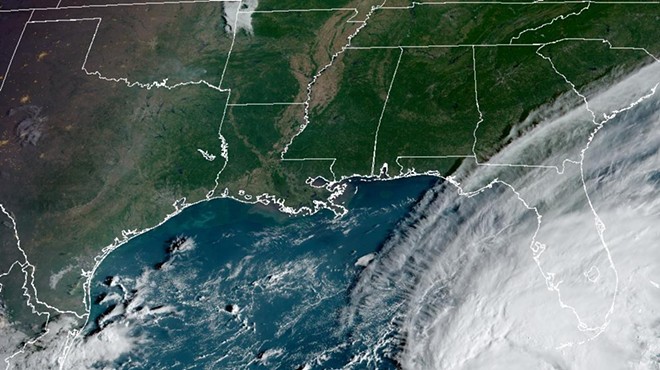 The state Department of Transportation suspended tolls in the Tampa Bay area to ease evacuations.

Meanwhile, the governor said there will “likely be some interruption” to the fuel supply coming to Florida because of the hurricane, but he said the state has contracts in place to bring in additional gasoline.

“We know that for many Floridians, this may be their first hurricane experience. As the governor said, do not panic. There is still time to get your preparations in order and safely evacuate if necessary,” Guthrie said.

Guthrie said the state anticipates having to close Port Tampa Bay, but as of mid-day Monday all ports were open and continuing to take in fuel supplies.

Floridians who live in manufactured homes or older homes that cannot withstand hurricane-force winds will need to evacuate if local governments advise them to leave, Guthrie said.

DeSantis said his administration has been in contact with electric utilities but warned about likely interruptions of power in areas affected by the storm.

“We are assessing constantly the location and path of the storm, and repositioning and prepositioning our resources and our people to be able to most immediately and effectively respond once the landfall has passed. We are here. and we are ready,” Florida National Guard Adjutant Gen. James Eifert said.