During a press conference in St. Petersburg, the governor trotted out his regular talking points about government overreach with regards to the shuttering of businesses and schools in response to the coronavirus pandemic. If he caught the irony of talking about tyrannical government while signing an order that takes away the power of local government to make its own decisions while responding to emergencies, he did not comment on it out loud.

“In the state of Florida, we worked very hard...to jettison those types of policies,” he said, of his continued push to undermine lockdowns and COVID-19 related bans. 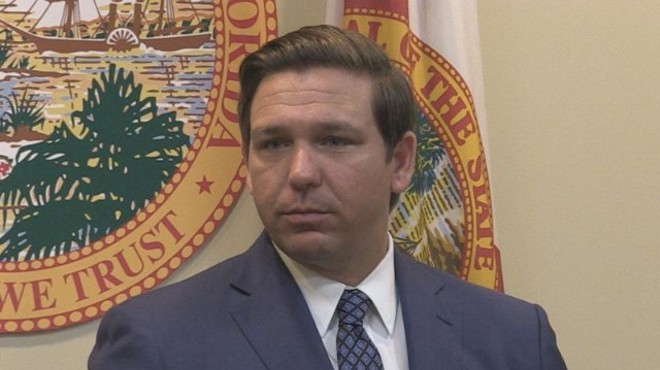 Florida Gov. DeSantis says he will not allow local governments to enforce lockdowns

The executive order would override all local mandates responding to COVID-19, starting immediately. A bill giving him the power to override local emergency orders was recently signed into law, but it will not take effect until July 1. DeSantis admitted his new emergency order was a stop-gap measure until the law takes effect.

“I think that’s the evidence-based thing to do,” DeSantis said. “I think folks that are saying they need to be policing people at this point, if you’re saying that, then you’re really saying you don’t believe in the vaccines.”

The new law would give the legislature the ability to overrule a governor's emergency order. At the same time, it creates a hierarchy through which all emergency orders can be challenged. County officials can wipe out the decisions of mayor and the governor can overrule counties. Given the fact that Republicans have held control of the state legislature for almost 30 years, the move reads like a framework to hamstring any future governors who don't follow the GOP line.