Widespread voter fraud is a myth. 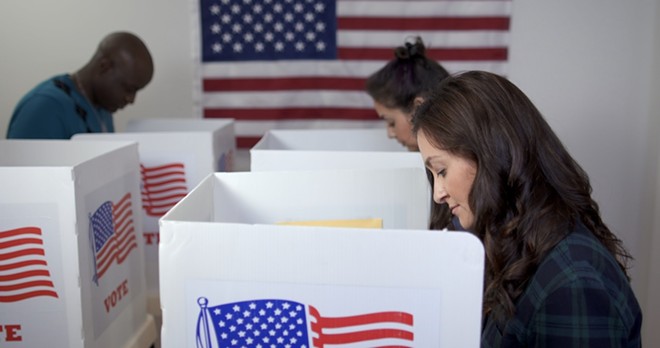 Lawmakers created the “Office of Election Crimes and Security,” championed by DeSantis, in a bill passed in March. The office will have authority to independently launch investigations into purported elections wrongdoing.

Antonacci, a Tallahassee lawyer, comes to office a year after DeSantis and the Florida Cabinet appointed him as chief judge of the state Division of Administrative Hearings.

Antonacci, 73, has a long history of being called upon by state leaders as a fix-it man of sorts. His career includes stints as executive director of the South Florida Water Management District, president of the state business-recruitment agency Enterprise Florida and state attorney in Palm Beach County. 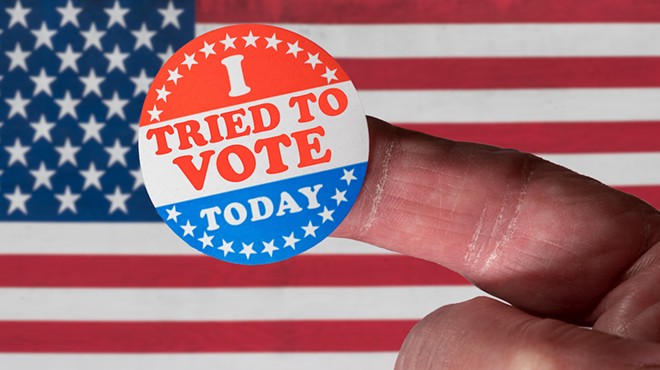 Former Gov. Rick Scott tapped Antonacci, a longtime ally, to take over as Broward County supervisor of elections after suspending Brenda Snipes from the post in 2018 shortly before Scott left office. After taking over as governor in January 2019, DeSantis effectively undid Snipes’ suspension but kept Antonacci in place.

In an announcement Wednesday, DeSantis said he is confident Antonacci “will lead the Office of Election Crimes and Security with integrity and ensure that Florida’s elections are the most secure in the nation.”

While Antonacci has a long history of being a go-to guy for Republicans, he also held a high-ranking position under former Attorney General Bob Butterworth, a Democrat.

His appointment Wednesday drew widespread praise, even from critics who maintain the new office is unnecessary and could undermine voters’ confidence in the state’s elections.

“This elections police thing is terrible. However, Antonacci is a pretty no-nonsense administrator. Even us Dems praised his work in Broward. He is by far the best that could be hoped for. So much so I could see DeSantis growing to hate him if he doesn't go on witch hunts,” Matt Isbell, a Tallahassee-based consultant for Democrats, tweeted Wednesday. 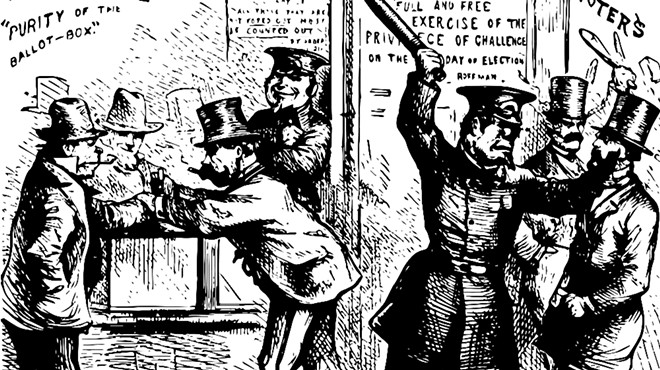 Florida Republicans push for police at the ballot box

“I trust he will serve the people of Florida with an even hand to ensure the continued fairness and sanctity of our elections process. Peter understands the complexities of election law, and the need for a reserved and judicious application of the power this new office wields," Earley said in a statement distributed by the governor’s office.

The GOP-controlled Legislature created the office this spring in a broader elections bill, as Republicans throughout the country continued to feed a false narrative surrounding the outcome of the 2020 presidential election in which Democrat Joe Biden defeated Donald Trump.

“I think this office will be very, very much appreciated,” DeSantis said at a bill-signing ceremony in April. “And it will allow us to have people who really specialize in election security and election integrity.”

But critics argued changes in the bill are intended to suppress voting by minorities and Democrats and potentially lay the groundwork for Republican challenges to future election results.

“Instead of working to increase access to the polls, Gov. DeSantis continues to prioritize disinformation and feed into lies that the 2020 elections were not accurate, which is super-ironic and disingenuous because in November 2020 the governor was bragging about how well our elections went,” Rep. Anna Eskamani, D-Orlando, said after the governor signed the bill (SB 524).

DeSantis, who is seeking re-election this year and is gathering steam as a prospective Republican presidential contender in 2024, intensified concerns about the state’s approach to elections after appointing Cord Byrd — a conservative Republican former state House member — as secretary of state this year. The Office of Election Crimes and Security is housed in Byrd’s department.

“In Florida, our freedoms and rights are protected by the rule of law and our elections are no different. Judge Antonacci’s formidable knowledge of Florida election law and his experience as a supervisor of elections will ensure that our laws are enforced and that voters have confidence in our elections,” Byrd said in a statement Wednesday.

In addition to having the power to initiate inquiries, Antonacci’s office will be responsible for “receiving and reviewing notices and reports generated by government officials or any other person regarding alleged occurrences of election law violations or election irregularities in this state.” The office also will oversee the state’s voter-fraud hotline.

The law also calls for the appointment of Florida Department of Law Enforcement officers to investigate allegations of elections violations, with at least one office in each region of the state.

During his tenure as Broward supervisor of elections, Antonacci expressed concern about “ballot harvesting,” which can include collecting and delivering completed vote-by-mail ballots for multiple people.

Antonacci told The News Service of Florida in a 2020 interview that the issue “has been a worry” for years in South Florida, especially in Miami-Dade County.

“It’s a knock on your door, particularly for senior citizens, saying, ‘I’m from good-guy organization and I’m here to help you with your ballot.’ … It undermines democracy,” Antonacci said at the time.

Steve Vancore, whose public relations firm worked for the Broward elections office while Antonacci was supervisor, called Antonacci “an organizational master” who is adept at “putting processes in place” to rectify problems.

“There are valid reasons for people to worry about this office and its creation, but Peter Antonacci as its leader is not one of them. He’s a man of integrity, and I can’t honestly think of a better person to be at the helm. He manages his work with integrity. He’s got an incredible record of reforming or, in this case, forming organizations,” Vancore, who has known Antonacci for three decades, told the News Service. “There’s reasons for people to be anxious about what this office might mean but they should all breathe a sigh of relief because Pete Antonacci is going to be the leader.”