Twenty felons across Florida were being arrested Thursday on allegations that they voted illegally during the 2020 elections, Gov. Ron DeSantis said.

“It's not just going to be 20 arrests,” DeSantis said during a campaign-style event in the Broward County Courthouse in Fort Lauderdale. “This is the opening salvo of an office that was just set up on July 1.”

The state did not immediately distribute a list of people being arrested, as FDLE agents were making the arrests Thursday in the Orlando, Tampa and South Florida regions, Glass said.

DeSantis and Secretary of State Cord Byrd used the event to dismiss critics of the new Election Crimes and Security Office, which DeSantis requested that lawmakers create this year. The office is headed by Pete Antonacci, whose past roles have included Broward County supervisor of elections. 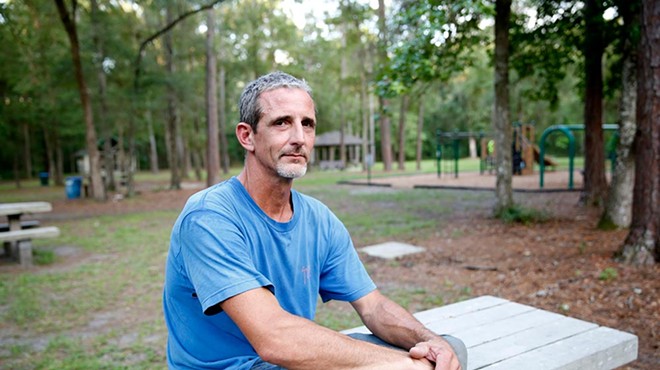 “When we did it, you know, there were some naysayers saying, ‘Oh, what are they going to do, sit around and twiddle their thumbs.’ Some people said ‘there's no voter fraud. That never happens.’ All this stuff,” DeSantis said. “While I'm here to say that they got in, Pete was named (director), and immediately they went to work. And they're looking to be able to hold people accountable who violate our election laws.”

Byrd said despite “plenty of doubt and skepticism from critics about the necessity of a specialized unit to investigate election fraud,” the arrests send a message that people engaged in election crimes “will be held accountable.”

Critics have derided the office as the “elections police” and argued that it could be used for political purposes to intimidate voters. 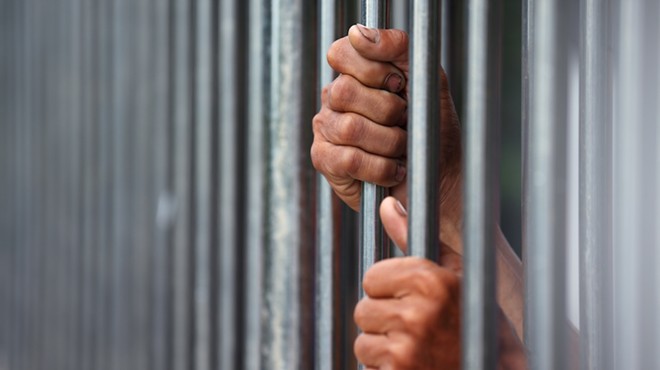 “Everybody wants elections to be secure, but Ron DeSantis —- who has never refuted Donald Trump's Big Lie —- is the last person we can trust with ‘election police,’” Fried said in a statement.

Fried, who is running in Tuesday’s Democratic primary against Charlie Crist, vowed to disband the new election security office if she is elected governor “and return jurisdiction back to local authorities.”

While waiting for DeSantis to arrive for the news conference, a volunteer from the Republican Party of Florida name-checked people entering the courtroom, and a member of the governor’s office distributed “My Vote Counts” placards.

The arrests are not the first in Florida involving voter fraud in the 2020 elections.

To less political fanfare, four residents of The Villages were arrested in December and January for voting more than once. Three of the people were registered Republicans, and one was an independent.

The new law, in addition to creating the election security office in the Department of State, called for the appointment of Florida Department of Law Enforcement officers to investigate allegations of election violations, with at least one officer in each region of the state.

The law also ratcheted up financial and criminal penalties for violating elections laws, including for ballot harvesting, which can include collecting and delivering vote-by-mail ballots for multiple people.

Another part of the law required county supervisors of elections to annually scour voter rolls for potentially ineligible voters in a process known as “list maintenance.” Prior to the new law, supervisors were required to do list maintenance every other year.

Glass said FDLE agents have been investigating dozens of allegations of voter fraud. Antonacci, the director of the new office, also cast doubt on South Florida Democratic Congresswoman Sheila Cherfilus-McCormick’s razor-thin win last year in a special primary that catapulted her into the U.S. House.

“You may think that 20 voters is not a lot. But you're in Broward County. And you know that you just elected a person to Congress here this year by five votes,” Antonacci said. “And I'm certain that in that tranche of voters, there have (been) plenty of illegal ballots cast.”

“There will be more that happen over the weeks and months,” DeSantis said. “And hopefully there's not a lot of cases that need to be prosecuted for 2022. But now we have the infrastructure in place where if there is fraud, you know, you can bet that there's going to be an investigation.”

DeSantis said the 20 people targeted Thursday had previously been convicted of “either murder or sexual assault,” which puts them outside the parameters of a 2018 constitutional amendment aimed at restoring the voting rights of felons who have served their sentences.