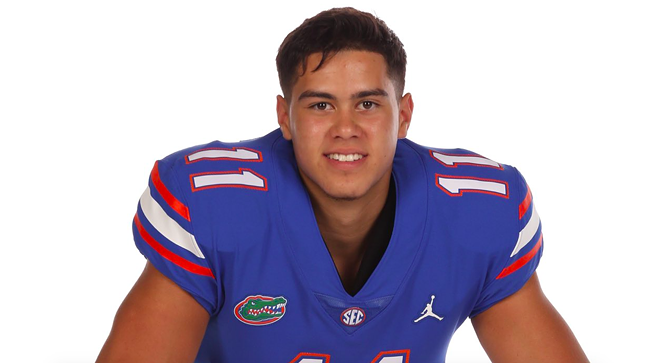 According to a press release from the Gainesville Police Department, Kitna allegedly sent an illegal image of child sexual abuse on the chatroom app Discord. The image was brought to the attention of the GPD by the National Center for Missing and Exploited Children. Police tracked the account back to Kitna and say they then found other images of abuse on his electronic devices.

The backup QB and son of former pro football player Jon Kitna is facing two counts of distribution of child exploitation material and three counts of possession of child pornography. All of those counts carry a sentence of up to 15 years in prison.

Kitna reportedly told police he believed the images were legal because he found them on the internet.  The University of Florida Athletic Association has suspended Kitna indefinitely.

"We are shocked and saddened to hear of the news involving Jalen Kitna. These are extremely serious charges and the University of Florida and the UAA have zero tolerance for such behavior," the UFAA shared in a statement.