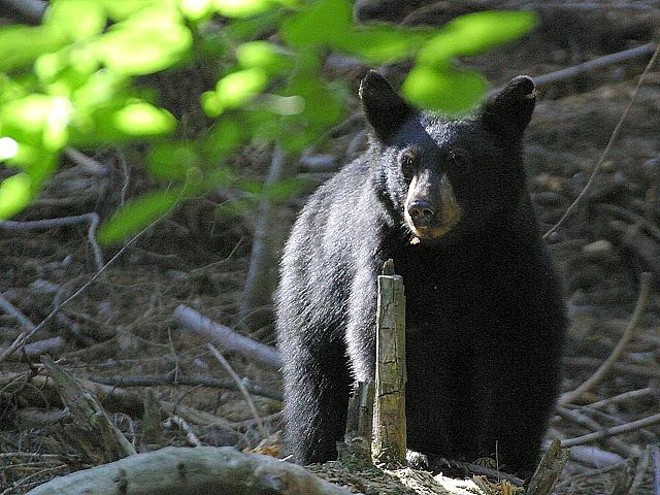 The FWC announced on Sunday that it would close its controversial bear hunting season, which was supposed to last one week, after just 48 hours. The agency's official count for bears "harvested" is 295, but activists say that number was released before the day's end, and bear check-in stations are going to be open through noon on Monday, Oct. 26, so that number could increase by day's end. The total objective for the hunt was supposed to be 320 bears. Read the FWC's final update for Sunday, Oct. 25, below.

With the statewide bear harvest standing at 295 bears at the end of day 2 of Florida’s bear hunt, the Florida Fish and Wildlife Conservation Commission (FWC) closed the North and South bear management units (BMUs) to hunting Sunday, Oct. 25. East Panhandle and Central BMUs met their harvest objectives and closed to bear hunting on Oct 24. The 2015 bear hunt is officially over in all four of the state’s seven BMUs that offered bear hunting.

While North and South BMUs are closed to bear hunting effective immediately, check stations within those BMUs will stay open through noon Eastern time on Oct. 26. Whether taken on private or public land, hunters must check their bear within 12 hours of recovering it at any of the established bear check stations in the North and South BMUs http://myfwc.com/hunting/by-species/bear/check-stations/.

FWC took a conservative approach to setting harvest objectives, building in buffers so the number of bears harvested would stabilize growing populations while ensuring a continuation of healthy bear numbers.  In addition, FWC had mechanisms in place for daily monitoring of the harvest and season closure, so when the harvest approached the statewide objective of 320, FWC was able to stop the hunt.

In addition to updated population information expected in 2016 for three additional BMUs (East Panhandle, West Panhandle and South), FWC also will use information from the 2015 hunt to guide management efforts in subsequent years.

Regulated hunting has a long, successful history of contributing to wildlife conservation in North America. Of the 41 states with resident bear populations, 33 of them conduct hunts and all have stable to increasing bear populations.

The hunt is just one component of FWC’s overall bear management strategy, and FWC will continue to invest staff time and resources toward outreach and education, waste management, and removing bears that pose a threat to human safety.

Bear permits were available from Aug. 3 to Oct. 23 and during that period 3,778 were sold. Bear permit sales totaled more than $376,900 and plans call for using that to help fund abatement of human/bear conflicts through comprehensive waste management efforts in Florida.

What is the effect of lactating females being harvested?
Bears of either sex are allowed to be taken but the bear must weigh at least 100 pounds live weight and cubs must not be present. The timing of this hunt was selected because cubs would be old enough (8 to 9 months old) to survive on their own.