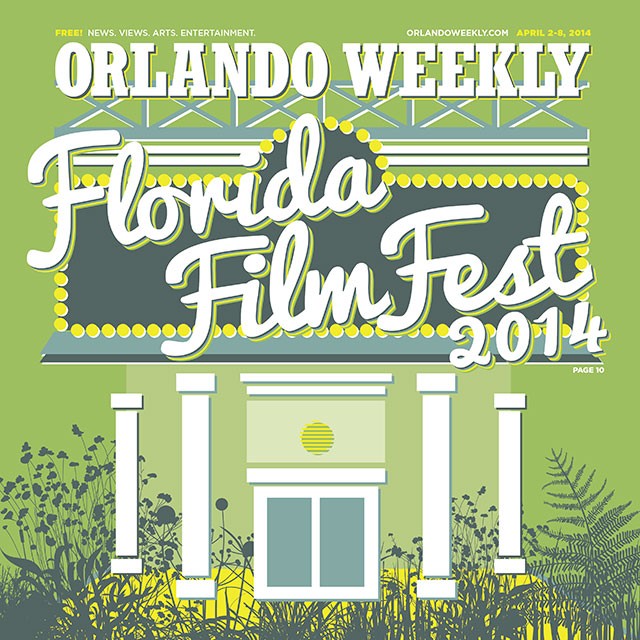 The Florida Film Festival has been around for almost a quarter of a century, and it’s considered one of the two best in the state, alongside the Sarasota Film Festival. Despite the event’s increasing age and solid reputation, organizers still like to shake things up each year, and 2014 is no exception.

While the fest, which runs April 4-13 at the Enzian and Regal Winter Park Village, is identical to last year in the number of films (173, with 118 shorts and 55 features), the shorts programs have been cleverly re-themed. In tribute to recently departed singer Lou Reed, the live shorts programs are each named for a Reed song, such as “Walk on the Wild Side” and “Vicious.” And replacing last year’s “British Shorts Now!” is “SOS: Short Order Swedish,” referencing the ABBA song.

“We change it around every year,” says Matthew Curtis, programming director for the Enzian. “We always seem to have a pool of films that really stand out that we can group together, and this year’s kind of wild-card international shorts program is Swedish shorts, which we’ve never done before. … And I like the fact that some of our international entries … are from countries that aren’t normally represented. … This year we are showing films from Singapore and Poland and Syria and Iran, and that’s fairly unusual for us.”

In all, 26 countries are represented in categories ranging from documentary to food films to animation to classics such as Goldfinger, Investigation of a Citizen Above Suspicion, The Big Lebowski and Murder on the Orient Express. And regarding the newer movies, 137 can claim some sort of premiere status (Florida, Southeast, East Coast, U.S., North American or world).

If you’re looking for celebrities, as usual there will be two “evening with” events and one “afternoon with,” this year featuring Susan Sarandon at a screening of Dead Man Walking, Paul Sorvino at Goodfellas and Giancarlo Esposito at a 25th-anniversary showing of Do the Right Thing. In addition, animator Bill Plympton plans to attend the first showing of his new feature, Cheatin’. If your sensibilities are even more warped than Plympton’s art, you’ll again enjoy the midnight movies, in addition to what Curtis characterizes as more askew fare than in the past.

“We always kind of, you know, try to push the envelope a little bit and have a little bit of an edge and something for everybody,” he says, “but this year there’s things that are probably a bit darker and even more twisted than we’ve ever done.”

We wish you luck on your cinematic journey. Choose wisely by spending time on the new, interactive website (floridafilmfestival.com) – which has all the necessary information about schedules, ticket options and parties – and perusing the following reviews by your helpful Orlando Weekly writers. And don’t miss our ongoing blogs in the coming weeks, as well. But above all, embrace the words of Enzian President Henry Maldonado by becoming “spellbound in darkness for 10 glorious days.”