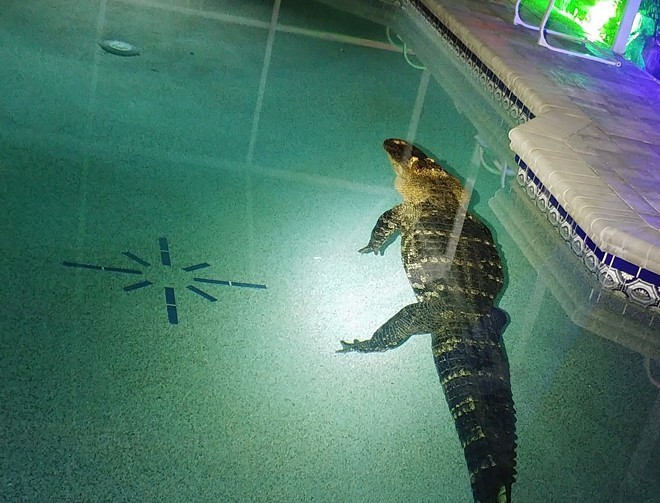 A Florida family woke up to find a massive native cooling off in their pool.

According to the Charlotte County Sheriff's Office (CCSO), deputies and officials with the Florida Fish and Wildlife Conservation (FWC) arrived at a Punta Gorda home to find that a large alligator had broken through the lanai.

"Always check your pool before diving in! A Deep Creek family was awakened by some loud noises on their lanai and came out to find this guy taking a dip in their pool," said CCSO in a Facebook post from May 16.

The gator, which measured out at 10 feet, 11-inches long and weighed over 550 pounds, was successfully contained and removed from the pool by a trapper, says CCSO. 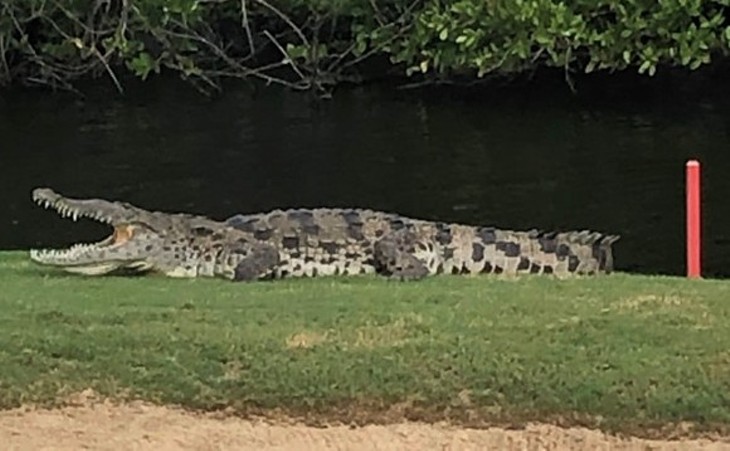 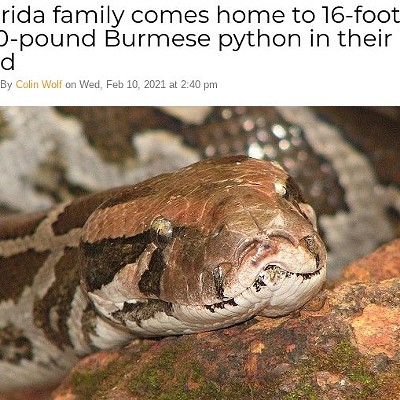 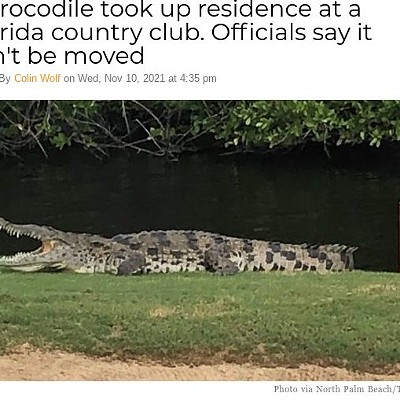 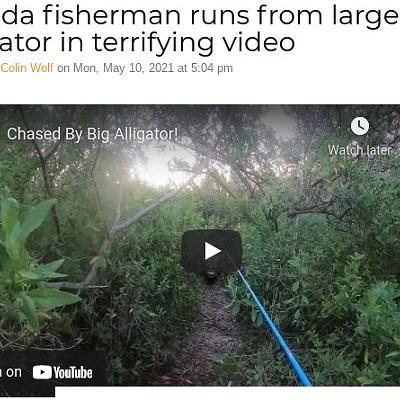 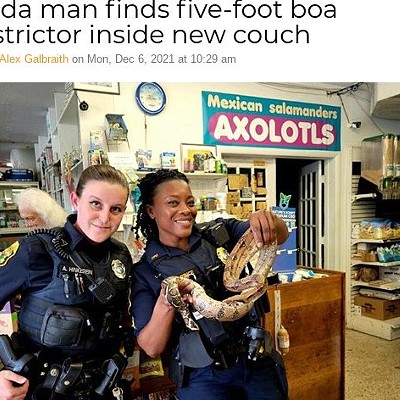 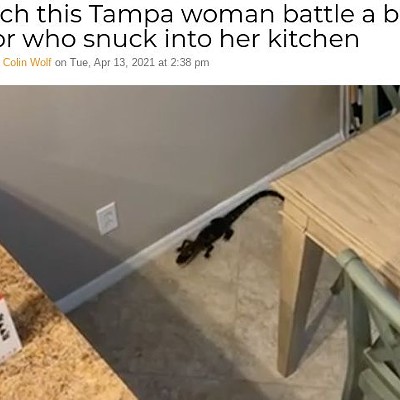 Alligator mating season began this month and runs through June, so Floridians should keep their eyes open for active male gators roaming to new territories.

So what's next for this gator?

According to the FWC, the organization does not relocate "nuisance alligators" if they're over  four feet in length, stating they may disrupt the social structures within their new territories or attempt to return to the area they were initially captured, and end up in a pool.

This means that this specific Punta Gorda gator was most likely euthanized.