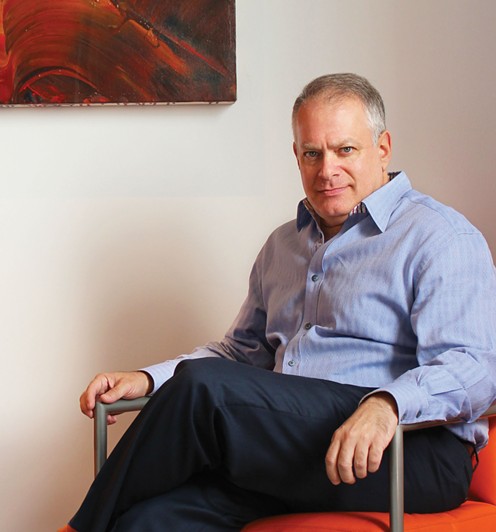 Photo via University of Miami Law School
Florida Democrats on Saturday picked a prominent fundraiser from Miami-Dade County to lead their party for the next four years, turning aside four other challengers.

Despite more than a month of political drama leading up to the Democrats' state executive committee meeting, Stephen Bittel easily won the election, collecting 55 percent of the votes on the first ballot.

Bittel, a wealthy real estate developer from Coconut Grove, was the favorite of the party establishment, drawing support from U.S. Sen. Bill Nelson and other influential party leaders. Bittel, 60, said the vigorous fight to succeed Allison Tant, who has led the party through the last two election cycles, was a positive sign for the party.

“Contentious elections are reflective that there are Democrats all over Florida that are passionate, committed to coming together, moving forward together and starting to win elections,” Bittel said. “Contentious is good. It means that we care.”

Talking to reporters after his election, Bittel said he has ambitious plans for a party that has won two out of the last three presidential races but has lost virtually every other statewide race in recent years.

“We are going to grow this party to a size and strength that has never been seen before,” he said.

He promised an “enormous” staff expansion, more training for local Democratic organizations and the recruitment of candidates at every level, including city, school board and sheriff's races.

“We have had an under-resourced operation in Florida for a long time,” Bittel said. “We will build a different kind of party and we will change things.”

He also said he will emphasize voter registration in a state where Democrats hold a narrow lead over Republicans and numbers of voters with no party affiliation continue to swell.

“We want a year-round voter registration drive, every day, every month and all year,” Bittel said.

But Bittel's first task will be mending rifts among party factions and activists who are still dealing with the aftershocks of Hillary Clinton's loss and bitterness over the party's role in the defeat of Bernie Sanders in the presidential primary.

“I'll be honest. We have a fractured party,” said Bullard, who lost a Miami-Dade committeeman race to Bittel last month. After the loss, Bullard moved to Gadsden County to remain a candidate for the party chairman.

“There has be some concessions made, some recognition of not doing the same thing over and over again,” Bullard said. “It's going to be up to leadership to prove otherwise and do the necessary outreach to the Bernie folks, to millennials, to ethnic communities to make them part of this thing.”

As a sign of that outreach, Democrats on Saturday did elect Bullard as one of Florida's national committeemen, a prominent party post.

Rep. Joe Geller, D-Aventura, who supported Bittel, said the new chairman will be a major asset for the party.

“He brings first and foremost heart, dedication, commitment to progressive causes, organizational skills and vision,” Geller said. “I won't dismiss the financial resources he can bring. But it's about sixth on my list.”

Geller said Democrats, who have run well in major urban areas like Miami-Dade, have to develop a statewide strategy.

The political drama in the leadership race continued on Saturday when Clendenin, who had been ruled ineligible by a party subcommittee on Friday, was reinstated by a vote of the executive committee on Saturday.

Following Bittel's election, Clendenin said he is fearful the party will not learn lessons from its defeats in the last two election cycles.

“Hopefully as we move forward and Mr. Bittel puts together an organization. It will look dramatically different than what we have,” Clendenin said. “Let's see what he does.”