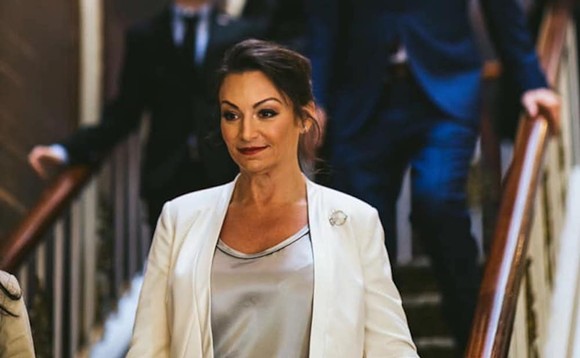 Photo via Nikki Fried/Facebook
Democrats, who successfully used health care as a key issue in winning back control of the U.S. House two years ago, are reigniting the issue in Florida amid the backdrop of the COVID-19 pandemic that has sent the state’s economy into free fall.

Several leading Florida Democrats on Tuesday called for President Donald Trump to reopen the federal health-insurance exchange and to put the brakes on a lawsuit that could repeal the federal Affordable Care Act, often dubbed Obamacare.

“We all know thousands of Floridians who have lost their jobs in the last few weeks due to this crisis, many of whom either lost their employment-sponsored health insurance or their ability to pay for their own plan,” Florida Democratic Party Chairwoman Terrie Rizzo said. “In our current system, the best chance many of these people have to regain coverage at a rate they can afford is if Donald Trump reopens the ACA (Affordable Care Act) marketplace.”

The Trump administration announced April 1 that it would not reopen the exchange. Trump’s decision, though, doesn’t mean newly unemployed people are barred from getting coverage in the exchange because the law allows for special enrollments in cases of “qualifying events” such as losses of jobs.

Gov. Ron DeSantis’ office didn’t immediately answer whether the governor’s office would support reopening the exchange because of the pandemic. Florida chose not to create its own exchange after Obamacare passed, but the state’s residents can seek subsidized insurance coverage through the federal exchange.

Democrats on Tuesday also raised concerns about the potential repeal of the Affordable Care Act, which faces a Republican legal challenge.

Florida leads the nation in the number of residents enrolled in the Obamacare exchange in 2020, with more than 1.9 million people. A repeal of the law also could affect Floridians who have been able to obtain coverage despite pre-existing health conditions. The Kaiser Family Foundation estimated that there are 3.1 million residents with pre-existing conditions.

"It is critical our governor and state leadership act to expand Medicaid."

The U.S. Supreme Court has agreed to consider a case known as California v. Texas, which centers on whether the federal law remains constitutional. The question stems from a decision by Congress in 2017 to remove an individual insurance mandate from the law by eliminating a financial penalty for not having coverage.

Texas Attorney General Ken Paxton in 2018 filed a challenge in federal court. He was joined by 19 other Republican attorneys general, including Florida’s then-Attorney General Pam Bondi. Ashley Moody, who was elected to succeed Bondi in November 2018, has maintained Florida’s role in the lawsuit.

The individual mandate and penalty were a central focus of a 2012 U.S. Supreme Court ruling that upheld the Affordable Care Act. The current challenge contends that elimination of the mandate now renders the entire law unconstitutional.

Another part of the Affordable Care Act was designed to expand Medicaid eligibility, though Florida Republican leaders have refused repeatedly to approve an expansion. Amid the COVID-19 crisis, Democrats are ramping up calls to revisit the issue.

Florida Agriculture Commissioner Nikki Fried, the only statewide elected Democrat, said it is “critical” for the governor and legislative leaders to expand Medicaid to childless lower-income adults who aren’t eligible for Medicaid and don’t earn enough money to enroll in the federal health insurance exchange, where insurance costs are subsidized.

Before the pandemic, Fried said, 800,000 Floridians were in the so-called coverage gap, with the numbers expected to increase as people continue to lose jobs.

“It is critical our governor and state leadership act to expand Medicaid,” she said, adding that “as the pandemic expands in Florida, we can expect to see the deadly consequences not expanding Medicaid has had on our state.”