Florida could look at U.S. Department of Labor loan to cover jobless benefits 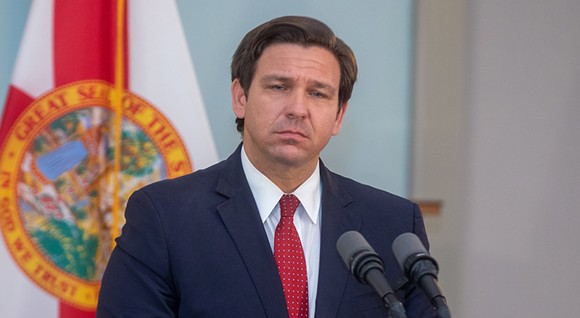 Photo via Government of Florida/Wikimedia Commons`
Florida might seek a loan through the U.S. Department of Labor to cover the state’s portion of a plan by President Donald Trump to extend federal unemployment benefits and have states put up 25 percent of the cash.

“We're looking to see what that would entail,” DeSantis said during an appearance at Florida State University. “My one concern I have is I just, you know, obviously this is a tough budget time for us. And so, if I'm having to potentially have general revenue obligated for this (unemployment benefits), then that is something that would be very problematic, given our circumstances. So, this (Department of) Labor thing may give us a way.”

Trump issued an executive order over the weekend that seeks to reroute disaster relief funds from the Federal Emergency Management Agency toward unemployment benefits.

The plan came after a $600 weekly benefit funded by the federal government ended in July.

Under the plan, unemployed people would be able to receive $400 in weekly assistance, with the federal government putting up $300 and the states responsible for $100.

The plan came after a $600 weekly benefit funded by the federal government ended in July. That money came on top of regular state unemployment benefits. Florida has distributed just under $13.5 billion in state and federal benefits since March 15.

The state has provided $2.8 billion of the money. DeSantis said a second option that had been considered would be to use federal stimulus money. But he added that option isn’t available because the money has already been designated. Another issue is whether Trump’s order will face a court challenge.

“I want to make sure that there's no legal risk for us if someone were to challenge this,” DeSantis said. “Then we'd be left on the hook.”