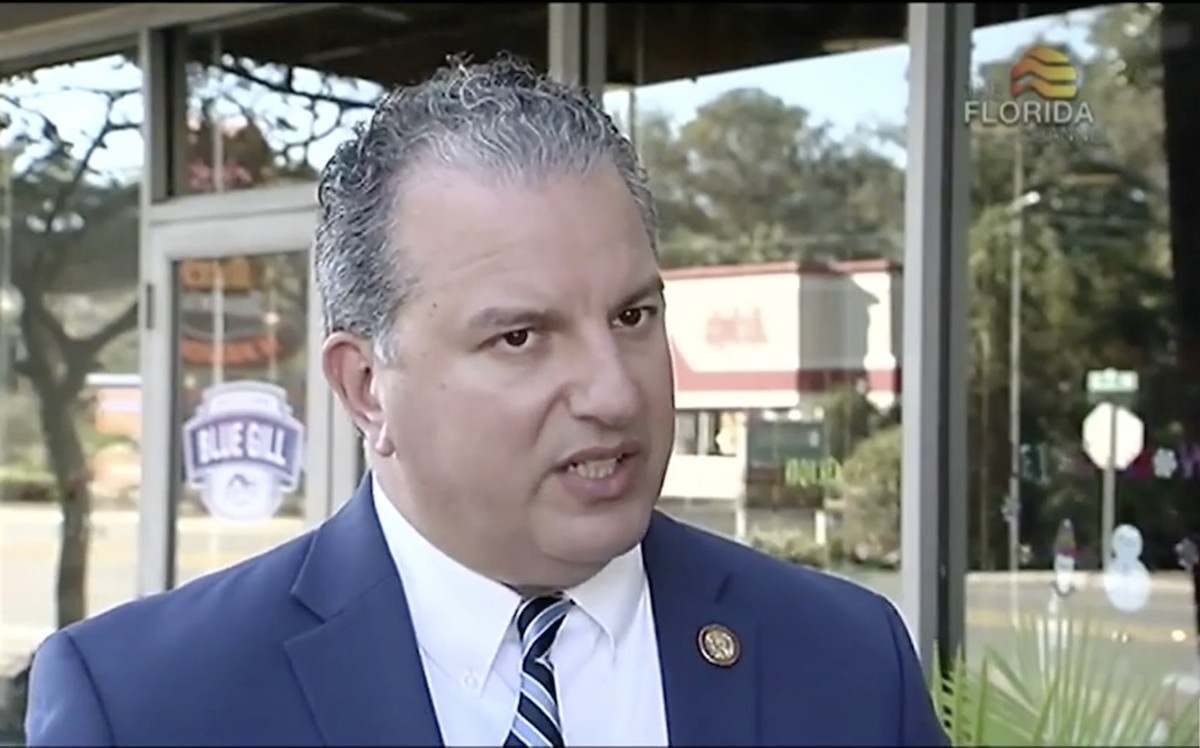 Patronis: 'We've got to figure out a way to make things easier for them'

Declaring that Florida leaders "can and will do better" for the families of catastrophically brain-damaged children, the state's top financial regulator has initiated an audit of the state program that oversees care for those injured in childbirth.

Chief Financial Officer Jimmy Patronis said Thursday that the Office of Insurance Regulation, which he supervises, will examine the books of the state's Birth-Related Neurological Injury Compensation Association, or NICA. Patronis' office already has begun an "inspection" of the program, which was the subject of an investigative report published hours earlier by the Miami Herald and ProPublica.

The news organizations detailed how NICA has amassed nearly $1.5 billion in assets but has denied or delayed help for struggling families — sometimes spending tens of thousands more in legal fees fighting requests for benefits than it would cost to help parents who depend on the program to care for their children.

In the budget year ending June 30, 2020, NICA earned six times as much in investment income, $124.6 million, as it spent on families of brain-damaged children, $19.8 million.

And while many NICA families struggle, the professionals who do business with the fund do not, the Herald reported. NICA paid its lawyers $16.9 million between 1989 and 2020. That's more than the program spent on therapy and doctor and hospital visits for children — combined — during the same period, about $10 million.

"We need to make sure these kids and their families aren't being nickel-and-dimed," Patronis said in his statement, echoing the language of two parents quoted in the Herald. "This program needs to treat these children with kindness instead of treating them as though they are a liability for shareholders."

In a written statement late Thursday, NICA administrators said that, while the Herald presented "a moving and emotional story of several families," the investigation failed "to provide a completely accurate portrayal" of the program.

NICA said that the stories included criticism of the program for issues "that occurred more than 15 years ago, in many instances prior to the current NICA leadership."

"We have worked tirelessly to address issues that have arisen over the years, including making processes more responsive to families' needs, while fulfilling our obligation as fiscal stewards," read the statement sent by Executive Director Kenney Shipley.

NICA defended its mission to reduce malpractice premiums for doctors and said it had followed through on the Legislature's intent to "provide catastrophically brain-damaged infants with the medical care they need without subjecting their families to protracted legal battles. We take this critical mission very seriously, recognizing the physical, emotional and financial toll it takes on families to care for a highly disabled infant, child or adult."

The program said it will work with Patronis on reforms that Shipley and NICA's board had once opposed, including adding a parent to the board and raising awareness of program benefits for families.

Separately, Shipley also sent an email to NICA families, repeating many of the same points. "We aim to treat every family in the program fairly and individually, providing the benefits they are entitled to based on their specific needs," Shipley wrote.

The sister and legal guardian of a Jacksonville man who was accepted into NICA in 1998 said she would like to see the Florida Legislature reform the program so it is required to effectively communicate benefits to caregivers who are often overwhelmed with the demands of caring for a profoundly injured family member.

Jennifer Pham, 31, said she long had told NICA about her family's struggles caring for her brother, Justin Nguyen, 24.

Their mother, Choi "Julie" Nguyen, had trouble holding a job because of the demands of caring for Justin, Pham said. Nurses would show up late or not at all for shifts, causing Julie Nguyen to miss work. Other times, Nguyen has been unwilling to leave Justin alone during his many hospitalizations.

For nearly 20 years, NICA has been authorized by state law to pay parents who miss work or leave careers to care for their injured child at home. But NICA's caseworkers never told Nguyen or her daughters about that benefit. Pham learned of it when Herald reporters told her during an interview in October.

"There needs to be a stronger relationship between NICA and the families. You have to work together," Pham said. "My experience so far is that NICA just puts everything on the family."

In 1988, the Florida Legislature created NICA as part of a slate of lawsuit restrictions designed to lower malpractice premiums for doctors. The law forbids parents from suing their doctor and hospital when complications during childbirth cause "substantial" brain damage. In exchange, NICA offers parents a one-time $100,000 payment and the promise of "medically necessary" and "reasonable" health care for their disabled child.

The Herald and ProPublica reported that NICA often denies requests for care and services, and forces families to file costly appeals before the state Division of Administrative Hearings, which adjudicates birth injury claims, when they are rebuffed. The program's records show NICA has rejected requests for wheelchairs, therapy, in-home nursing care and supplies for children with feeding tubes.

Since its inception, the program has never included the parent of a disabled or medically fragile child or an advocate for such families on its five-member, unpaid board of directors. The current board, all men, represents only health care and insurance industry interests.

In his statement, Patronis said that his wife, Katie, had sustained complications during childbirth for both of the couple's sons. "I know that every loving parent is stressed out and undergoing an intense amount of emotions when their children are at risk," Patronis wrote. "I cannot imagine or understand how difficult things are for families of children with neurological injuries."

He added: "We've got to figure out a way to make things easier for them."

Patronis, who served in the Florida House of Representatives from 2006 to 2014, said lawmakers "should look at changing the laws governing board appointments," adding the state law governing NICA "doesn't require a non-doctor [or] parent ... to be a member, yet requires doctors and insurer interests to be represented."

"It's also ridiculous that NICA's money managers get more in lump sum payments than parents with sick babies," Patronis added.

Florida lawmakers already are considering legislation that would increase parents' one-time benefit from $100,000 to $250,000, as well as an amendment to raise the program's death benefit from $10,000 to $50,000. The legislation was proposed after NICA hired a publicist and was fielding questions and public record requests from the Herald.

Patronis' statement appears to challenge the program's core principle. Parents whose children meet the criteria for NICA benefits generally have no choice but to forfeit their right to file a lawsuit. But in his statement, Patronis said "parents shouldn't be put into a position where they feel pressured into signing their rights away."

A sponsor of the pending legislation, Sen. Lauren Book, a Democrat, said that both she and the bill's other Senate sponsor, Republican Sen. Danny Burgess, both "were outraged, obviously, at the things uncovered by [the Herald], and we have been looking at many different ways to reform" the program.

Book said she and Burgess, who could not be reached, are amending their bill to require the state to include a family member on the NICA board. "I was stricken by how these moms are left to carry on, oftentimes when families crack under the pressure of these immense challenges," she said.

The two lawmakers also would like to require NICA to appoint a parents' "advocate" who can "help families navigate the system" and receive the full benefits state law requires.

"We have to ensure these families have everything they need when having to deal with a lifetime of challenge and pain," Book said.