Florida bars and lounges are pressuring DeSantis to reopen 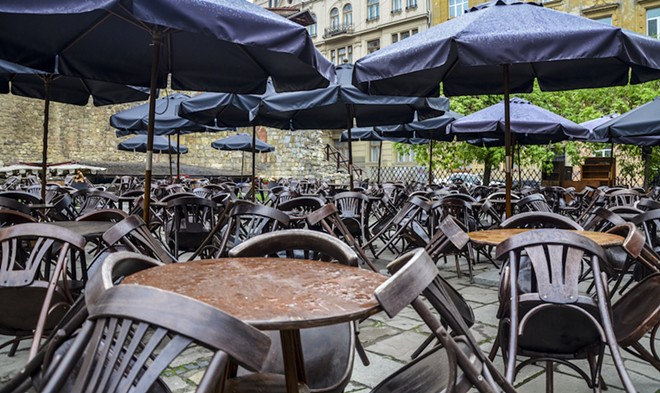 Local elected officials are telling the governor that bar and nightclub owners whose businesses rely on alcohol for 50 percent of revenue are getting desperate watching from the sidelines, a month into the first phase of the state’s reopening from the coronavirus pandemic.

Bunnell Mayor Catherine Robinson wrote the governor over the weekend that many of these businesses in the small Flagler County community are struggling to stay afloat.

“Those who have been able to operate, have survived up to this point. The owners who were mandated to close are about to lose their businesses,” Robinson wrote. “The local bars and veterans’ organizations are looking for support to be able to reopen, safely abiding with the rules and guidelines set up through CDC (Centers for Disease Control and Prevention) and your office. They are barely holding on, hoping they can survive to reopen and begin to look (to) rebuild their future.”

Okeechobee County Commissioner Terry Burroughs told The News Service of Florida he’s anxious to reopen social clubs, especially those that serve vets, such as the Veterans of Foreign Wars and AMVETS. He said the clubs serve a critical need in the community.

“That’s the only meal that those veterans a lot of times get. I can’t get them open because they’re classified as a bar," Burroughs said in a telephone interview Monday evening.

Phase III would allow local governments to hold in-person meetings while bars, gyms, restaurants and nightclubs would be able to operate at full capacity.

So far, the governor’s office isn’t giving any indication when he will implement the second of three anticipated economic reopening phases.

“Gov. DeSantis is reviewing these requests as he considers the launch of Phase II of reopening Florida,” DeSantis’ spokeswoman Helen Aguirre Ferre said in an email on Monday.

Jacksonville Mayor Lenny Curry last week said he was optimistic Phase II was on the near horizon, after talking with DeSantis about reopening bars that have been closed statewide since March 17.

“I think that they can reopen in a safe, responsible way, much like restaurants have, with capacity restrictions and making sure that people aren't shoulder-to-shoulder, for example, standing at a bar,” Curry, a DeSantis ally, told reporters. “I would expect additional announcements, hopefully sometime in the next week, given the downward trend (of coronavirus cases) that we've continued to experience in Duval County.”

When he initiated the state’s reopening procedures on May 4, DeSantis strayed from the recommendations of his own Reopen Florida Task Force, which was dominated by local officials, leaders of lobbying groups, and heads of large businesses.

The governor initially limited restaurants and retail businesses to 25-percent indoor occupancy in most of the state, a departure from the 50-percent capacity rate recommended by his task force.

Palm Beach, Miami-Dade and Broward counties – considered COVID-19 hot spots – were later allowed to join the Phase I reopening, along with gyms, hair salons and barber shops, all with their own social-distancing requirements..

When DeSantis announced the relaunch of gyms on May 15, he said the state was moving into what he called "a full Phase I.”

The task force had recommended that gyms be included in Phase II, along with movie theaters, concert halls, bowling alleys, auditoriums and casinos, operating at 75-percent capacity.

Seminole Hard Rock Hotel and Casino in Tampa reopened in late May, while some pari-mutuels have reopened and others remain shuttered. Some counties have allowed bowling alleys to open.

Under the task force proposal, Phase III would allow local governments to hold in-person meetings while bars, gyms, restaurants and nightclubs would be able to operate at full capacity.

Last week, the state gave approval for major theme parks to reopen, with Universal Orlando leading the way on Friday. SeaWorld is expected to reopen on June 11. Disney is set to open the Magic Kingdom and Animal Kingdom on July 11 and reopen Epcot and Hollywood Studios on July 15, according to DisneyParks.com. Disney’s Fort Wilderness Resort & Campground will begin to reopen on June 22.