The move comes after a lower court tossed out an injunction to block the law.

Matt Lehman
Young protestors in Orlando speak out against the ban.

Abortion clinics and a doctor have launched a challenge at the Florida Supreme Court after an appeals court Wednesday rejected a temporary injunction that would have blocked a new law preventing abortions after 15 weeks of pregnancy.

Attorneys for the group of clinics and the doctor, Shelly Hsiao-Ying Tien, filed a notice late Thursday afternoon that is a first step in asking the Supreme Court to review the decision by a panel of the 1st District Court of Appeal.

The notice, posted on the Supreme Court website Friday, was the latest in a series of legal moves in the battle about the law, which the Legislature and Gov. Ron DeSantis approved this year.

As is common, the notice does not detail arguments the attorneys will make at the Supreme Court. But it is rooted in a temporary injunction issued July 5 by Leon County Circuit Judge John Cooper, who ruled that the 15-week abortion limit violated a privacy clause in the Florida Constitution that has bolstered abortion rights in the state for more than three decades. 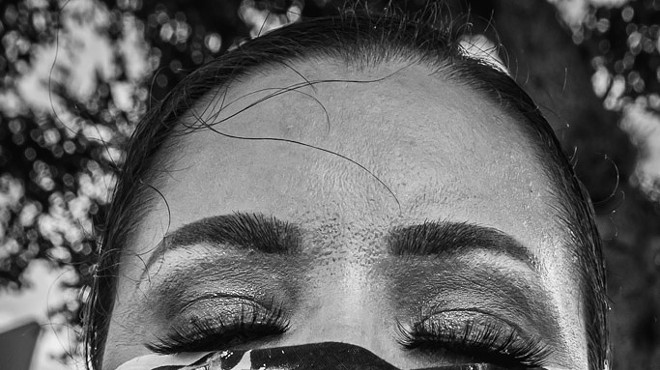 Proposed constitutional amendment in Florida would ban all non-emergency abortions and grant 'right to life of preborn' individuals: The 'Human Life Protection Amendment' would ban nearly all abortions in the state of Florida

Lawyers for the state appealed Cooper’s ruling to the Tallahassee-based 1st District Court of Appeal, a move that, under legal rules, placed an automatic stay on the temporary injunction. That effectively allowed the 15-week abortion limit to be in effect while the legal wrangling continued.

The clinics and the doctor, represented by attorneys from the American Civil Liberties Union, Planned Parenthood, the Center for Reproductive Rights and the international law firm of Jenner & Block, asked the appeals court to lift the stay.

But the panel of the appeals court, in a 2-1 decision July 21, refused to lift the stay. The panel, in another 2-1 decision Wednesday, tossed out Cooper’s underlying temporary injunction.

The Republican-controlled Legislature passed the 15-week limit amid a national debate about abortion rights, and the abortion clinics and the doctor filed the lawsuit June 1.

Wednesday’s decision by the appeals court was based on the rationale it used in refusing to lift the stay July 21. A key issue has been whether the plaintiffs could show “irreparable harm” from the near-total ban on abortions after 15 weeks.

In the July 21 decision, Judge Brad Thomas wrote that “a temporary injunction cannot be issued absent a showing of irreparable harm. As to appellees (the abortion clinics and doctor) themselves, any loss of income from the operation of the law cannot provide a basis for a finding of irreparable harm as a matter of law. And the parties do not dispute that the operation of the law will not affect the majority of provided abortions.”

Also, Thomas, who was joined in the opinion by Judge Stephanie Ray, wrote that the plaintiffs “cannot lawfully obtain a temporary injunction as they cannot assert that they will suffer irreparable harm unless the trial court preserves the status quo ante. … Appellees’ claims are based on the allegation that they are in doubt regarding their ability to provide abortions, not that they themselves may be prohibited from obtaining an abortion after a certain time.”

But Judge Susan Kelsey dissented July 21 and in Wednesday’s decision.

“In the specific context of abortion regulation, the Florida Supreme Court has held that even ‘minimal’ loss of the constitutional right of privacy is per-se irreparable injury,” Kelsey wrote last month, She added, “We are therefore required to presume irreparable harm.”

Attorneys for the clinic and the doctor also appealed the July 21 decision about the stay to the Supreme Court, but that issue remained pending before the Wednesday decision.