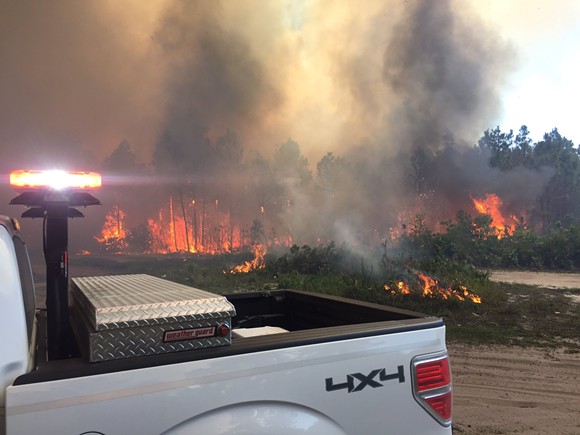 The Orange County Sheriff's Office is asking the public to avoid the area, though there are no road closures. So far, two buildings at the Sheraton Vistana Villages Resort were evacuated as a precaution, though no injuries have been reported.

Firefighters with Orange County Fire Rescue and the Florida Forest Service are working to contain the fire with bulldozers and a helicopter. The Orlando Sentinel reports OCFR says the brush fire apparently started after a transformer caught on fire and spread on the dry land because of winds.