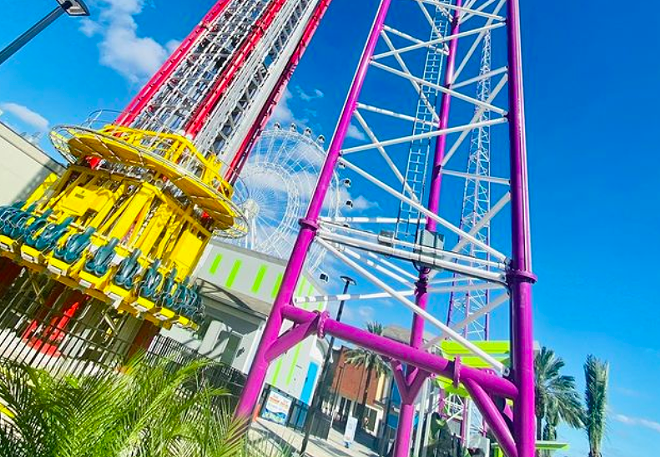 The family of Tyre Sampson has responded to a recently released autopsy report following the teen's death earlier this year. During a press conference on Monday, the Missouri teen's father, Yarnell Sampson, called for the ride that killed his son to be shut down.

Sampson fell from the Orlando Freefall ride located at Icon Park while visiting the city on a trip with his football team. Videos of his death spread on social media, showing riders and workers questioning whether Sampson's restraints were on properly before the ride began.

“This is the first time that [I don't have] my son with me on Father’s Day,” Sampson shared. “It’s something new and different.”

The Orange County Medical Examiner's office released an autopsy last week,  ruling Sampson’s death an accident. His listed weight in the report was 380 pounds. The suggested weight limit for the ride is 287 pounds. Investigators are currently looking into whether the ride featured any improper modifications.

“The goal is is to get 25,000 signed petitions to get this ride taken down,” Yarnell Sampson said on Monday. “What my wish is — I would like to have a permanent memorial here for my son stating that he had passed away and his legacy will live on and give proper respect to the dead that needs it.

Sampson’s family is also suing Icon Park as well as the ride manufacturer. The ride is still currently not in operation, as investigations continue.