"I was very responsible for him getting elected." 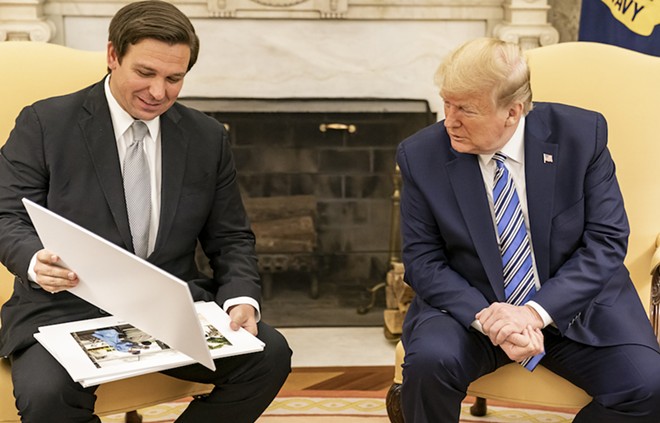 Photo via the White House
.

The former president and 2024 Republican frontrunner took credit for the Florida governor's election in 2018. DeSantis narrowly beat former Tallahassee mayor Andrew Gillum to take the seat and has been floated as a potential presidential candidate in 2024.

DeSantis has denied that he plans to run for national office in 2024, but his grandstanding tenure in Tallahassee and frequent Fox News appearances tell a slightly different story. Trump admitted that he's unsure if he'll have to square off against DeSantis in 2024 during a phone interview with conservative outlet Newsmax. 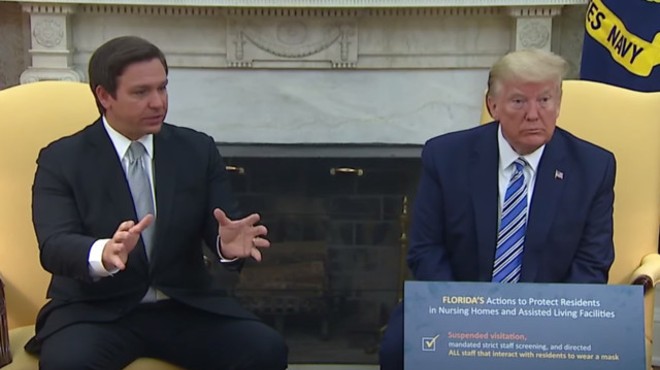 
The statement is the latest shot at DeSantis from Trump's perch in Mar-a-Lago. He previously called DeSantis yellow  for refusing to share his vaccination status. Though the GOP has made COVID-19 vaccination a wedge issue, Trump views the rollout of the shots as one of the key wins of his presidency. Reports from within Trump's camp reveal a deep animosity toward DeSantis, with the former president reportedly seeking out venues near the Florida Governor's Mansion to launch his upcoming presidential campaign. The shade!