Donald Trump isn’t on trial. The Republican Party is. 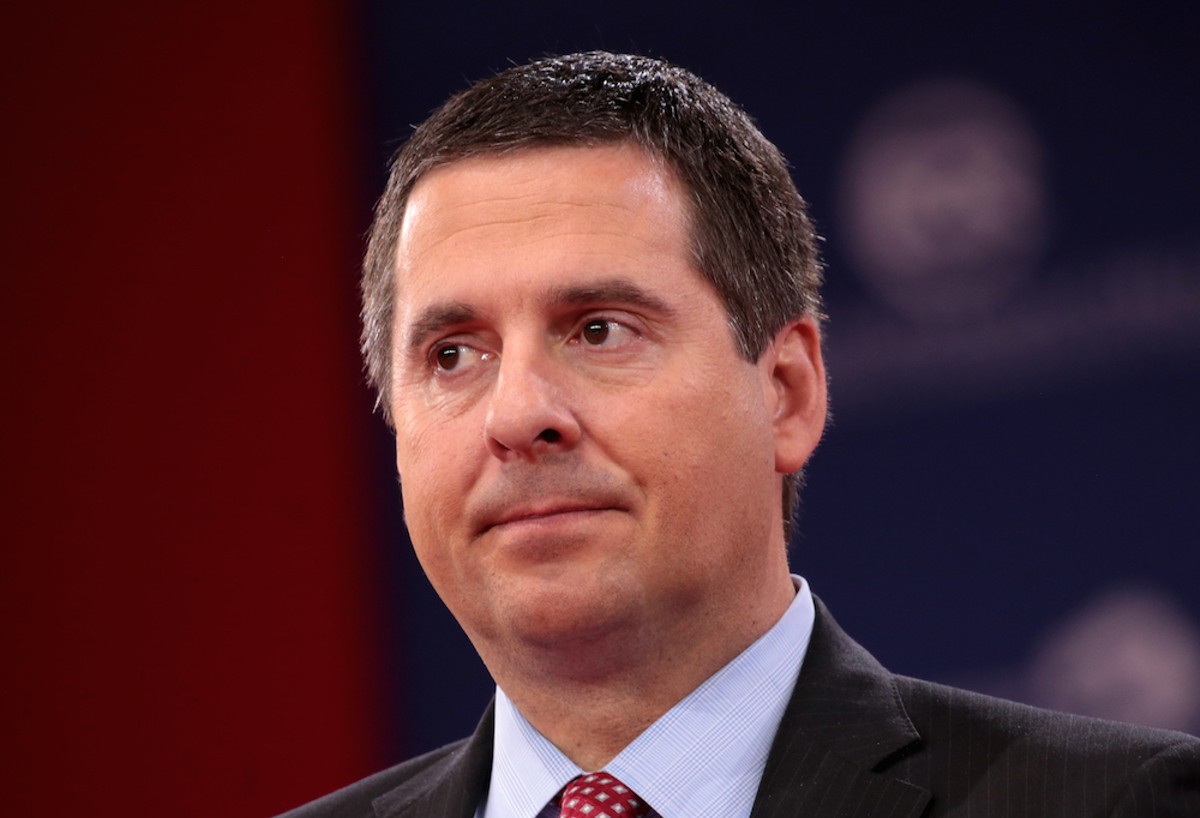 Photo of Devin Nunes by Gage Skidmore via Wikimedia Commons

The most incisive moment of the impeachment inquiry's public hearings came at the very end, on Thursday afternoon, courtesy of Intelligence Committee chairman Adam Schiff, the former federal prosecutor who had spent two weeks methodically constructing a case that Donald Trump had wantonly abused his office only to watch his Republican colleagues bury their heads in the sand.

Richard Nixon, of course, resigned in 1974 after top Republicans told him that the evidence of his crimes was too great to ignore. Forty-five years later, congressional Republicans are again faced with equally unassailable evidence of their president's crimes; this time, they've closed ranks and chosen willful ignorance and conspiratorial fantasies.

Schiff is correct: The impeachment of Donald Trump is no longer about Donald Trump. This is instead a trial of the Republican Party – and of the ability of our democratic institutions to serve as a check on a thoroughly corrupt would-be strongman.

And both are going to fail the test.

At the risk of beating a dead horse, there's no ambiguity about what happened. As Gordon Sondland, Trump's ambassador to the European Union – a hotel owner who literally purchased his post with a $1 million donation to Trump's inaugural committee – had admitted a day earlier, there was a quid pro quo that came directly from the White House. Trump conditioned an Oval Office meeting with Ukraine's new president – who, while fighting a war with Russia, needed to demonstrate his deep ties to Washington – on the announcement of sham investigations into political rival Joe Biden and a debunked conspiracy theory that Ukraine had conspired with the Democrats to frame Russia for election interference in 2016.

To up the ante, Trump then overruled his advisers and blocked nearly $400 million in military aid to assist Ukraine in their war with Russia. Sondland and everyone else could read between the lines, but there was no need to: In a July 25 phone call, Trump directly linked a request for military assistance to the "favor" of opening the investigations.

If those aren't impeachable offenses, nothing is.

And yet, when all is said and done, every single Republican representative and senator is likely to vote against impeaching or removing Donald Trump, in the process both sanctioning his actions and delegitimizing the inquiry as – to borrow Trump's favorite phrase – a witch hunt.

To be sure, this impeachment is a partisan affair, but viewing it through a red-versus-blue lens obscures a more dangerous reality: America's dominant political party is fundamentally broken, an authoritarian cult of personality locked in its own propaganda feedback loop.

As George W. Bush speechwriter David Frum explains in The Atlantic, discussing conservative media: "Rupert Murdoch, Roger Ailes and the others have fenced off conservative Americans from the rest of American society. Within that safe space, insiders hear only what is familiar and comforting."

Within this safe space – which has its own language, a hallucinogenic hodgepodge of names and catchphrases – the hearings didn't produce a straightforward narrative of corruption but evidence of a Deep State cover-up. There is a "fake whistleblower" and a "Russia hoax" and a "Black Ledger" and collusion between a DNC operative and the Ukrainian embassy and – courtesy of Glenn Beck – a rehash of the (((George Soros)))-as-puppet-master trope.

In this alternate universe, the real story isn't the president abusing his office to further his re-election campaign, but of sinister forces conspiring against him.

Rep. Devin Nunes and other Republicans on the Intelligence Committee used the hearings to put this alternate universe on full display and then became indignant when witnesses said they had no idea what the hell they were talking about. As Frum puts it: "To those not immersed in the fantasy franchise, people like Devin Nunes sound like crazy people. Which in turn, of course, only drives them crazier."

This would be amusing if the consequences weren't so dire, if this were just some Bircher fringe, not the driving force of the modern GOP, from the president to Congress to the propaganda machines from which tens of millions of Americans get their information. Being an elected Republican in 2019 means chugging the Kool-Aid – or at least pretending you have.

That's why Republicans are going to give Trump the pass their predecessors didn't give Nixon.

The Republican Party is broken. And the longer it stays in power, the more likely it is to break our entire democracy, too.

– This story appears in the Nov. 27, 2019, print issue of Orlando Weekly. Stay on top of Central Florida news and views with our weekly Headlines newsletter.