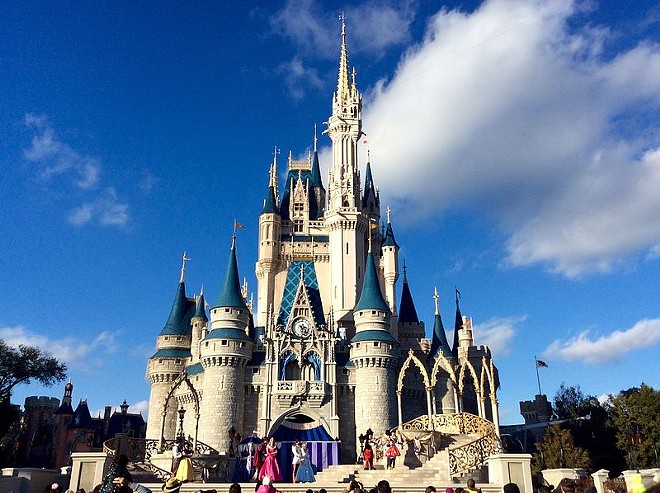 Photo via Wikimedia
After closing for the fourth time in its history due to Hurricane Matthew, Disney World will be back up and running this weekend.

The theme park announced on its Twitter that all Walt Disney theme parks, including Magic Kingdom, Epcot, Disney's Hollywood Studios and Disney's Animal Kingdom, will reopen Saturday, Oct. 8, at 8 a.m. The Frozen Ever After ride opens at 8 a.m. and the World Showcase side at Epcot will start operations at 11 a.m. on Saturday.

Mickey's Not-So-Scary Halloween Party for Friday, Oct. 7 was canceled, though it can be rebooked for future dates in October starting at 9 a.m. Monday by calling (407) 939-7818.

For more information on what's open and closed at Disney, visit their website here.