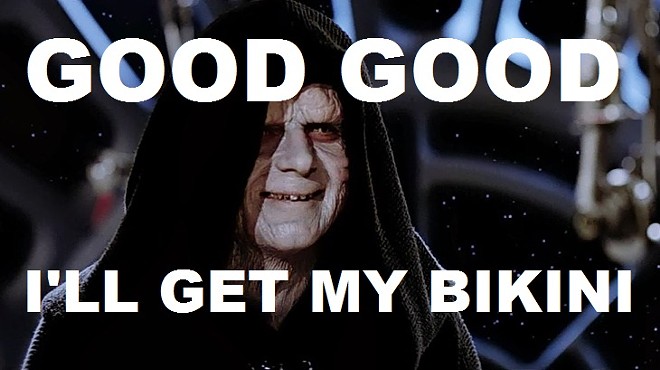 For years it’s seemed like Disney’s Hollywood Studios exists only to give Disney a proper venue to hold its beloved Star Wars Weekends. But now Disney has finally found another way to cash in on the iconic franchise that’ll have fans shelling out tons of cash to experience it.

Starting in 2016, Disney Cruise Lines will offer eight special cruises that will feature a Star Wars Day at Sea. The day will include a deck party, meet-and-greets, special food and beverage offerings and, if you still have more money to blow, exclusive merchandise to buy. Exclusive at-sea screenings of Episode VII will top off the day.

Is a meet-and-greet and dance party enough to convince anyone to book a Disney Cruise? Will the merchandise, which will undoubtedly end up on eBay, really be enough to get new guests aboard the ships? Here's hoping that dance parties and meet-and-greets aren’t all that’s in store for the long-rumored Star Wars expansion coming to Hollywood Studios