Democrats have to find a way to show Americans how their programs have helped people ... without making eyes glaze over 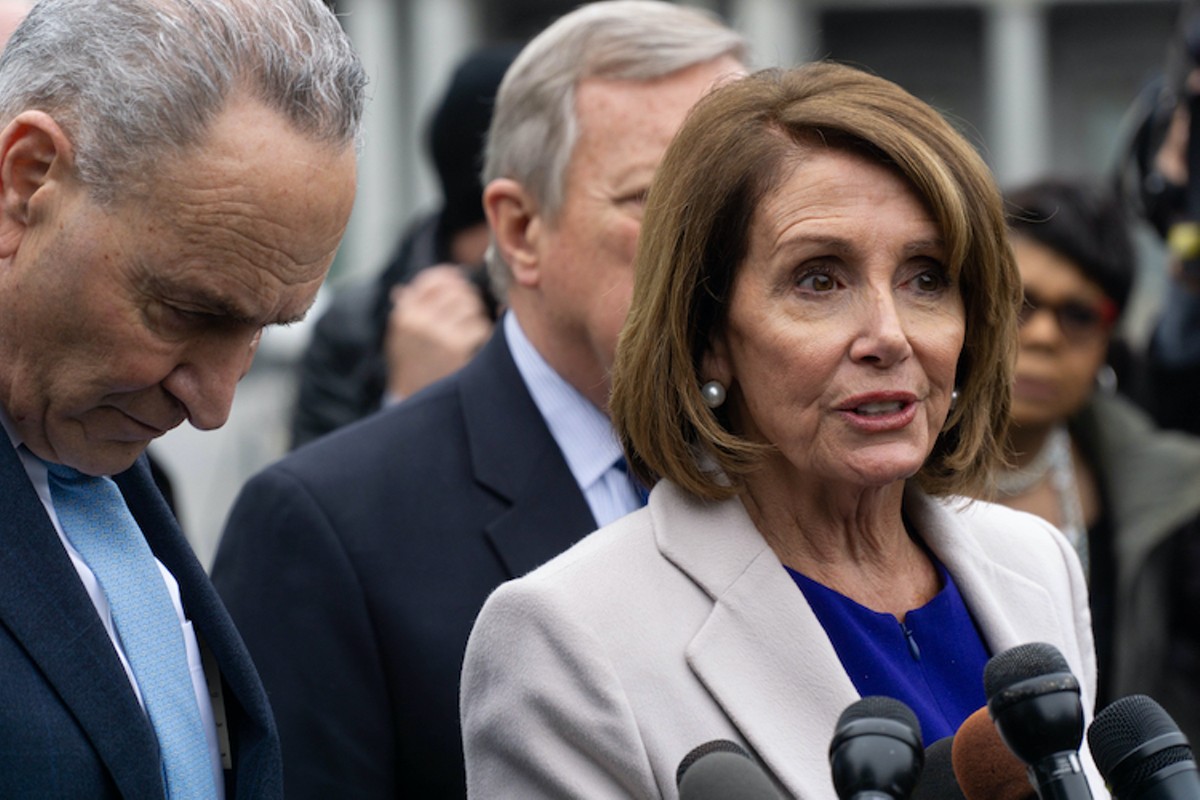 According to a new book by New York Times journalists Jonathan Martin and Alex Burns, Senate Majority Leader Mitch McConnell was privately terrified that the child tax credit Democrats included in last year’s American Rescue Plan would catch on and become impossible for Republicans to reverse — much like the Affordable Care Act.

No need for alarm, however. Sen. Joe Manchin killed an extension of the tax credit when he killed the Build Back Better plan. Parents probably shot that extra cash straight into their veins, mused Manchin, who drives a Maserati.

In any event, the tax credit wasn’t as popular as McConnell feared. Other Democratic initiatives such as lowering prescription drug costs and expanding Medicare polled better. And in an NPR survey, only 15% of respondents said the $300 per child per month was helping them “a lot.”

Part of the reason, it seems, is that the money was going out as fast as it came in — for food, school supplies and household expenses. But a bigger political issue is that Americans tend not to recognize the role that the federal government plays in their lives. In 2011, the political scientist Suzanne Mettler coined the term “the submerged state” to explain this idea.

In short, Mettler argued that most of what the government does is invisible, and the programs toward which Democrats gravitate — social programs that end up being complicated tax plans, health care programs managed by private corporations — leave many Americans who benefit from government ignorant of the benefits they received.

“The submerged state obscures the role of government and exaggerates that of the market. It leaves citizens unaware of the source of programs and unable to form meaningful opinions about them,” Mettler wrote.

Whereas progressive programs like the New Deal, Social Security, Medicare and the GI Bill couldn’t be avoided, the products of the American Rescue Plan — a massive infusion of cash into a troubled economy — often went unnoticed.

“Examples in the American Rescue Plan include community center renovations, housing initiatives and health programs,” Leonhardt wrote. “Collectively, the projects may be valuable. Individually, many may be so modest as to go unnoticed. Americans also may not realize that the projects are connected to a federal law.”

That creates a cycle: Democrats pass a policy; voters don’t notice; polls turn against Democrats; Democrats decide they did too much; Democrats get crushed at the polls.

That’s why there’s no appetite to take another pass at even a scaled-down version of Build Back Better. Democrats think that whatever they do will feed the narrative that they spend big but don’t deliver results. So instead, they’ll alienate swing voters who blame them for inflation and young voters who blame them for not living up to campaign promises on health care and climate change. The pundit class might offer knowing nods for fiscal responsibility, but, alas, that will win precisely zero votes.

Most of what the government does is invisible, leaving many Americans ignorant of the benefits they receive.

I’m not going to take a side in this perpetual war. In a sense, though, I think everyone is misreading the playing field.

An example: On April 20, Florida’s agriculture commission, Nikki Fried, sued the Biden administration over a policy that prevents people with medical marijuana licenses from getting concealed carry permits. Fried is running for governor, and if she makes it through the primary, she hopes this kind of pro-guns, pro-weed overlap will help her against neighborhood Brownshirts leader Gov. Ron DeSantis.

But what struck me wasn’t the lawsuit but what her former pollster told NBC News about it: “You can have the best affordable housing plan possible, but once you get to point No. 2, people’s eyes glaze over, and they stop paying attention. People care about this.”

This is the problem facing a Democratic Party that is big on technocratic policy-making and absolute crap at explaining how those policies help people. People care about guns and weed, in the same way they care about cancel culture and critical race theory and “grooming” and transgender athletes and naughty books in school libraries. These are things you instinctively understand (or think you understand). You feel that they affect you, even if they never will. And they’re simple — black and white, right and wrong.

But the things that affect all of us — housing, taxes, mass transit, criminal justice, environmental regulations — are by nature complex.

So the thing Democrats have to figure out — whether in the next six months or two years — isn’t whether they should be doing more or less, but whether they can show how what they’ve done has helped people. And throwing a barrage of data and peer-reviewed studies at the visceral simplicity of the culture war — a favorite tool of Democratic messaging — is a guaranteed trip to nowhere.