County Mayor Teresa Jacobs delivers dry speech, tries "not to do a Marco Rubio," says state of the county's economy is strong 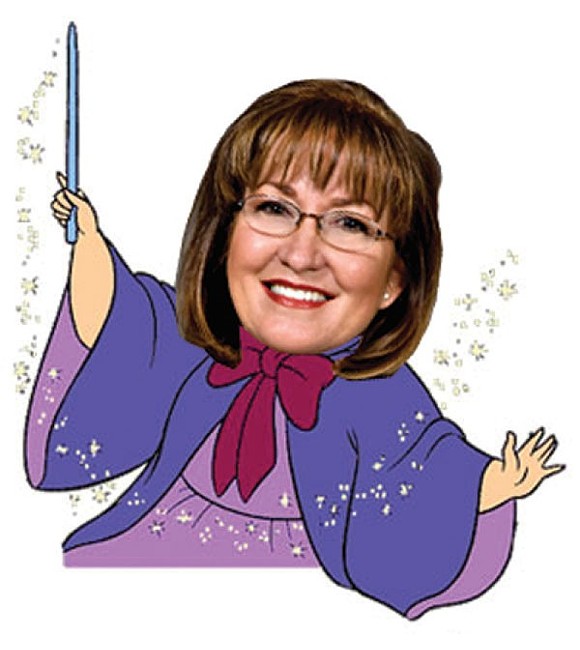 In what can only be described as a surprising move, beleaguered Orange County Mayor Teresa Jacobs – the least transparent in the transparency club – had nothing negative to say about the land over which she lords when giving her State of the County speech this morning. Things you should know: The room was half empty, even though the 9 a.m. event was open to the public; those in attendance had back-patting reasons to be there; Jacobs is a terrible orator; she made a Marco Rubio reference when reaching for her water and followed it with, "Sorry Marco!"; everyone is drinking the Kool-Aid.

On a more serious note, the speech – which was held behind the notorious pile of round building dirt, in that building that some are calling the Dr. Phillips Center for the Performing Arts – Jacobs did speak of the fact that the Dr. Phil should definitely house the Phil, or the Orlando Philharmonic, because that's why it was built. And now that the Orlando City Soccer Club is financing its own stadium, the county investment in the soccer behemoth can be shifted over to the arts center to finish that second phase everyone has been plucking strings about. Also, there will be a huge investment in the International Drive corridor to make it more local friendly.

Most of Jacobs' 45-minute cheerlead, however, was focused on either herself or the starched suits that sponsored the whole gig, all of whom are basically running the Orlando economy on minimum wage in the name of hospitality. Tellingly, Orlando Commissioner Sam Ings was apparently the only city commissioner to show up to the speech across the street from City Hall. Hmm. Whatever. There's not too much parsing to go on about in a vague victory lap, so here, for your perusal, are the prepared comments sent to us by Jacobs' office, preceded by a graphic thing. Everything is great. Eat your porridge. 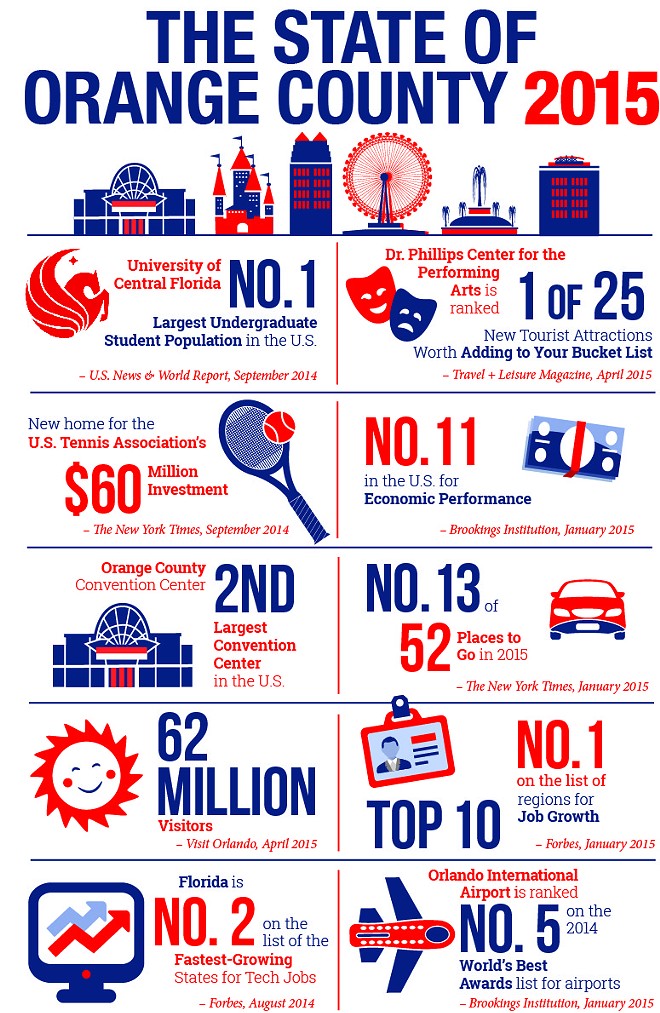