With little real policy to chew on, this week’s meeting of the municipal minds took on a carnival-like atmosphere of hirsute hippies and grant-getting boosters tossed into a Gravitron-like agitator of whimsy. The now-requisite appearance of Occupy Orlando supporters meant that somebody had to bring an acoustic guitar for God knows what reason, and that representatives from the arts and business communities were forced into pinched faces of economic juxtaposition. So, awkward then.

Anyway, that didn’t deter Commissioner Daisy Lynum from a lengthy ramble about a recent phone call she got from HGTV; the cable network was looking for families with two boys so that it could “Disney-fy” their backyards. She even offered to help in the transformation!

“But, look, I talk about substance,” she added. Seriously.

Item: The city approves its 2011-2012 funding agreement with the Central Florida Sports Commission.

Translation: Pay no mind to the fact that sports as we know them in Central Florida are at a relative standstill, due in no small part to a month’s worth of lost revenues from the cancellation of the first month (and the preseason) of the NBA season. Even in these tough non-Magical times, the jock nonprofit known as the Central Florida Sports Commission soldiers on with reported attempts to attract the NCAA basketball tournament to the Amway Center – something it hasn’t been able to do since 2004 – along with the sundry other volleyball, soccer, professional wrestling and, cough, mascot games the organization has produced over the years. We need competitive distractions! Under this agreement, the city will pay out its standard four quarterly installments to the Central Florida Sports Commission, this year in the amount of $18,087.50, totaling a whopping $72,350, to keep our athletic-supporter dreams alive. It’s worth noting that the commission has “tentative” funding agreements with Orange County and four other surrounding counties that range from $95,000 to $135,000 annually, and that it somehow manages $2.6 million in program service revenue a year. In related news, the council approved a new agreement with the ailing Orlando Predators that Commissioner Phil Diamond said would probably cost the city $400,000 over four years. Even when there are no obvious sports going on, it’s good to know that the sports business is alive and well.

Translation: Because these are the end times, and everybody is running around the playground with gas masks on in order to avoid the poisonous gasses (or nicotine) polluting our gasping misery, the city has been “invited” to apply for a $7,231.54 homeland security grant for, you guessed it, gas masks. These aren’t gas masks for the mayor and commissioners, though, even though that would be awesome. Instead, the masks and their requisite filters are intended to beef up the Orlando Police Department’s SWAT team. Apparently, your meth lab smells funny. You should really do something about that.

Item: The city adopts proposed ordinance No. 2011-43 relating to redistricting.

Translation: Our long municipal redistricting nightmare is officially over. Sure, there weren’t quite the alarms or surprises (please) that peppered the more contentious county redistricting explosion, but there were some minor changes of note that are really too tedious to cover here. This is the official ordinance laying out the schedule of implementation, and seeing as we only get around to this boilerplate once a decade, the city has taken the opportunity to “remove superfluous language, update stylistic choices and provide greater clarity.” Reading through the language of this ordinance did not provide us, dear reader, with much clarity at all. One amendment of significance, though, is the language shift from “qualified voters” to total “population” of each district, because we all know that anybody who isn’t on the donor rolls even bothers to vote in standalone municipal elections. Also, equality!

Item: The city approves Amendment 1 to its lease with L3 LLC, doing business as Oopsy Scoopsy at 397 W. Church St.

Translation: You know what’s not boring? Booze and yogurt. Even though (or perhaps because) this little boutique business across the street from the Amway Center is currently existing in the will-they-won’t-they gray area of Rich DeVos’ proposed entertainment complex development (DeVos paid the city $100,000 to explore the possibility of effectively shutting down the small businesses littering West Church Street), it’s altering its creamy business model with the devil’s juice. Under this agreement, the horribly named dessert emporium – brought to you buy the guy who created the equally horribly named O-Cartz – will now serve beer and wine, though not a lot of it (allegedly). The amendment provides that Oopsy Scoopsy can only make 50 percent of its profits with liquefied temptation. So it’s definitely not a bar. It’s just a middling cookie and yogurt shop where you might accidentally get drunk. Oopsy! 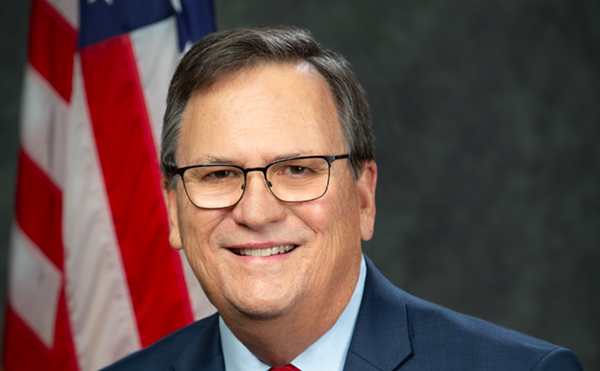