Come Out With Pride 2014: Marriage equality in the Florida courts 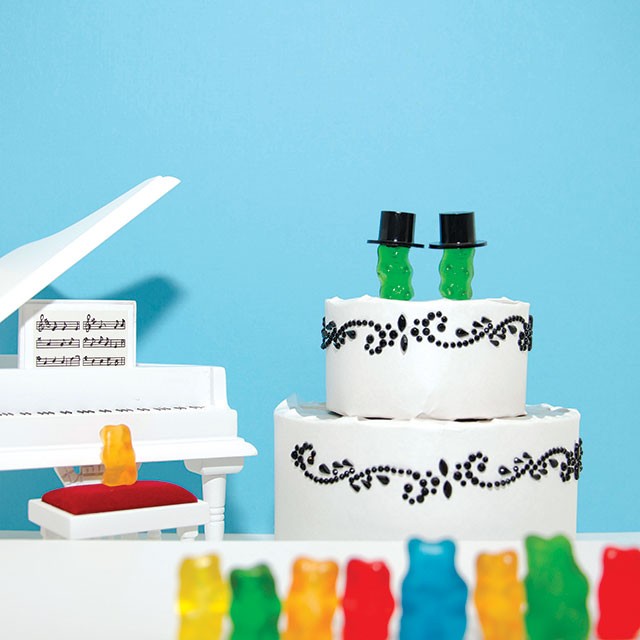 Here’s the good news: The multitude of legal rulings in Florida courts declaring the state’s constitutional ban on gay marriage, well, unconstitutional has made it clear that the tide is finally turning in favor of marriage equality. Here’s the bad news: Our state is still run by social conservatives who are stubbornly defending that ban, and Attorney General Pamela Jo Bondi is going to the mat for it. On Aug. 28, she even attempted to get the state’s courts to simply stop hearing cases related to gay marriage, insisting that we should just wait until the U.S. Supreme Court finally gets around to making a decision on the matter. You know, someday.

But advocates for gay marriage are a force of nature, and they’ve managed to get no less than seven high-profile cases before various state and federal courts. Here are the key legal battles that have been paving the way (or, perhaps more accurately, plowing through the bullshit) to make marriage equality in Florida possible. During this pride week, be proud of the people dedicating their lives to making sure these cases are heard.

Brenner v. Scott
On March 6, 2014, James Brenner and Charles Jones filed suit in federal court to have their Canadian marriage recognized by the state of Florida. The two men – both of whom work for the state – moved to Tallahassee in 2009, the year they were married. Their case was consolidated with another federal suit filed on March 13, 2014, by Sloan Grimsley and Joyce Albu, a firefighter and a consultant, who were married in New York in 2011. On April 30, the ACLU of Florida filed a motion asking the state to recognize these same-sex marriages, and it added a third plantiff – a Fort Meyers widow named Arlene Goldberg – to the suit, as well. Goldberg’s partner of 47 years, Carol Goldwasser, died and Goldberg was unable to collect her partner’s Social Security payments because she was legally barred from marrying her.
In August, U.S. District Court Judge Robert Hinkle ruled that Florida should respect marriages performed legally in other states. However, he also issued a temporary stay of relief for the plaintiffs, pending the resolution of three other cases awaiting review by the U.S. Supreme Court.
On Sept. 4, the plaintiffs in this case filed an appeal to the U.S. Court of Appeals – titled Brenner v. Armstrong – and the first briefs are expected to be filed Oct. 15.
Status: Pending an appeal to the U.S. District Court of Appeals

Huntsman v. Heavilin
Key West residents Aaron Huntsman and William Lee Jones have been together for more than 10 years, and in April, they filed a suit against the state because they were denied a marriage license by Monroe County. On July 17, Chief Circuit Court Judge Luis Garcia ordered the Monroe County Court Clerk to stop enforcing Florida’s gay-marriage ban. He told the clerk to begin issuing marriage licenses to same-sex couples beginning July 22, but well before that day could come, state Attorney General Pam Bondi appealed, so the ruling is stayed for now. The case has been consolidated with Pareto v. Ruvin and both cases are awaiting review.
Status: Stayed, pending review by the Florida Third Circuit Court of Appeals

Brassner v. Lade
Heather Brassner wanted her Vermont civil union with her partner recognized so that they could be divorced – her partner, Megan Lade, allegedly disappeared, so Brassner wanted a divorce granted in absentia. On June 26, she filed suit to have the state recognize the union and dissolve it, and on Aug. 4, Circuit Court Judge Dale Cohen declared that marriages of same-sex couples performed in other states should be respected. However, in early September, the judge vacated his own ruling because he learned that the state was not notified of the proceedings via certified mail.
That doesn’t mean that the case is over, though. Cohen said that Brassner could schedule a rehearing for the case, but on Sept. 15, Bondi struck again and filed a motion to intervene.
Status: Pending

In Re Estate of Frank Bangor
When Pennsylvania resident Frank Bangor died in March, he left his entire estate, including a home the couple owned in Palm Beach County, Florida, to his husband of 37 years, W. Jason Simpson. The couple had legally married in the state of Delaware, and Bangor’s will specifically named Simpson the personal representative of his estate. But Florida law is quirky about that – if you live out of state, it only permits a spouse or blood relative to serve as your personal representative. Simpson sued, and on Aug. 5, Palm Beach Circuit Court Judge Diana Lewis ruled that Florida’s law denying recognition to same-sex couples married in other states is unconstitutional; she ordered that Simpson be permitted to be the personal representative of his husband’s estate.
“There is no justification in denying Mr. Simpson the privilege of acting as the fiduciary, based solely on the gender and sexual orientation of his now-deceased spouse,” wrote Palm Beach County Circuit Judge Diana Lewis in her ruling. “Same-sex couples are entitled to respect, dignity and protection as any other spouse requesting to be a personal representative.”
Status: Bondi did not appeal this one, so the ruling stands, although the court made it very clear that the ruling applies only to the Simpson case.

Shaw v. Shaw
On March 17, Mariama Shaw and Keiba Shaw, who had been married in Massachusetts, filed an uncontested divorce petition in Hillsborough County. However, since Florida law doesn’t recognize same-sex marriage, it wasn’t clear whether marriage could be terminated here. The divorce petition requested that their out-of-state marriage be respected and it also challenged the constitutionality of the state’s gay-marriage ban.
A lower court had denied their petition to divorce, but they appealed, and on Aug. 27, the Second District Court of Appeals asked the state Supreme Court to once and for all rule on the constitutionality of the marriage ban.
“The issue … was not solely an analysis of whether the Full Faith and Credit Clause of the U.S. Constitution requires giving recognition to the parties’ out-of-state marriage for the purposes of dissolution,” the decision noted. “The issue was whether Florida’s ban on same-sex marriage and the prohibition on recognizing such marriages unconstitutionally limits various constitutional guaranties, including full faith and credit, access to courts, equal protection and the right to travel.”
Status: Waiting for the state Supreme Court to act

Dousset v. Florida Atlantic University
Gildas Dousset, a student at Florida Atlantic University, legally married his husband, Paul Rubio, in Massachussetts in 2013. He applied for in-state tuition as the spouse of a Florida resident, but he was denied because the state – and therefore the university – does not recognize same-sex marriage.
Status: Attorney General Bondi filed a motion to intervene.