Make Halloween a spirited celebration with a punchy watermelon-tequila sipper 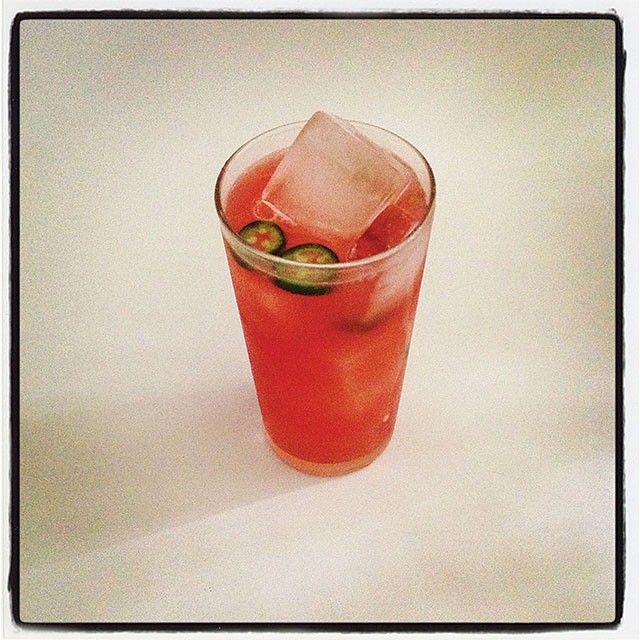 Maybe one reason Halloween is so popular in Orlando is the temperate weather; if you grew up further North, you remember the bitter defeat of having to throw a winter coat over that Tinkerbell costume before you were allowed to go out trick-or-treating. No such problems here, and also no reason to go all heavy-autumn pumpkin-spice on your party treats either. Keep it light for your Dia de los Muertos pre-parties with a tequila-based watermelon punch.

Directions are for one cocktail, but this drink works well as a large-batch punch if you scale up the recipe. Don’t worry too much about perfect proportions; just mix to taste.

To make the juice, puree a cup or so of small watermelon chunks in a blender. Put a strainer over a large bowl or measuring cup and pour the puree in. Press with the back of a spoon to separate all the juice from the pulp.

Muddle two slices of chili pepper and a pinch of smoked salt in a tall glass. Add tequila (aged reposado has a smooth flavor that works well with the smoky salt) and stir, then add ice. Pour in equal amounts of watermelon juice and ginger beer (ginger ale if you like a sweeter drink) and stir gently again. Add a splash of lime juice and garnish with a chili slice or two.