Child stabbed in chest by catfish in Florida freak accident

A child was flown to a Tampa hospital after being stabbed in the chest by a catfish during a fishing trip in New Port Richey.

The Pasco County Fire Rescue first shared news of the incident on Twitter.

"Child listed as a trauma alert after being stabbed in the chest by a catfish. While headed to the hospital with their mother, the child experienced difficulty breathing," they wrote.

#ALERT| PENETRATING TRUAMA | NEW PORT RICHEY | Child listed as a trauma alert after being stabbed in the chest by a catfish. While headed to the hospital with their mother, the child experienced difficulty breathing. Firefighters responded and listed the child as a trauma alert. pic.twitter.com/Zy7Dtaut1D


The Fire Rescue followed that up by noting that the child, who is under the age of 10, was airlifted to St. Joseph's hospital in Tampa. In a post to Facebook, they said that the barb was between 1 and 1.5 inches into the child's chest. He is reportedly in stable condition. Pasco Fire Rescue Public Information Officer  Corey Deirdorff called the story "very odd."

"I’ve never heard of something like that," they told Tampa's WTSP. "You hear of fisherman that might be cut by a barb or hit in the back of the leg and get an infection, but never heard of one penetrating the chest."

Saltwater catfish in Florida have venomous barbs that can cause serious complications. It is unclear whether the catfish in question was a venomous species. 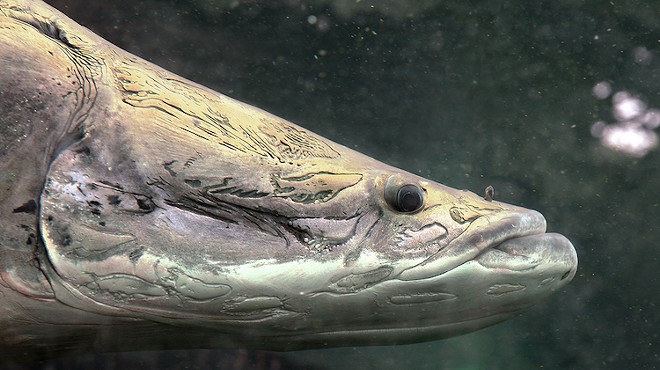