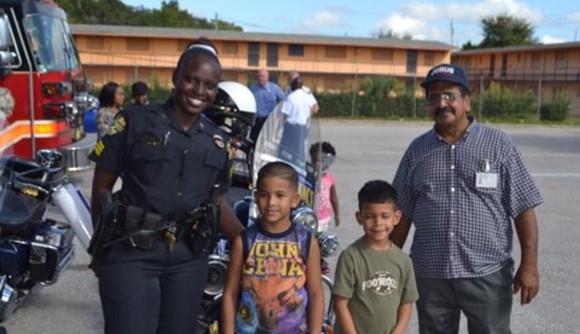 "She will be deeply missed," said Mina about the slain wife and mother of two. "She was extremely committed to our youth, and really our community," he continued. "She organized several marches against violence by herself. That's how committed she was."

Master Sgt. Clayton was deeply committed to the community and to police work. pic.twitter.com/BBelv7Et1V


Clayton was reportedly gunned down by suspect Markeith Loyd at a Walmart in Pine Hills near Princeton and John Young Parkway, early this morning.

According to the Orlando Police Department, Clayton was shot while attempting to detain Loyd, who was wanted for murdering his pregnant girlfriend on December 13. Clayton was taken to the Orlando Regional Medical Center, where she was pronounced dead.

Also, two hours later, a sheriffs deputy was killed in a motorcycle crash in pursuit of Loyd. The Orange County Sheriffs Department has not yet released the name of the fallen officer because they are still attempting to notify the family.

Mayor Buddy Dyer commented on today tragic events and also called for a day of mourning. "She will be missed as a mother, as a wife, a daughter and a sister," he said. "I know that our entire city will support the family in any way we can."

On this sad day, I ask that our community stands united in support of the families of the fallen officer and deputy https://t.co/OF4rMnKOwZ