Photo via Orlando City
The stadium is designed to have a canopy roof covering the stands, premium amenities in the East stands, 31 suites, an indoor club, an open-air terrace for supporters and real grass. The stadium's construction has already begun, and the expected completion date is the summer of next year.

The club also launched the public sale of its 2016 season tickets. The ticket capacity for next year was raised to 18,000 seats, and less than 2,000 of those seats remain available for 2016. 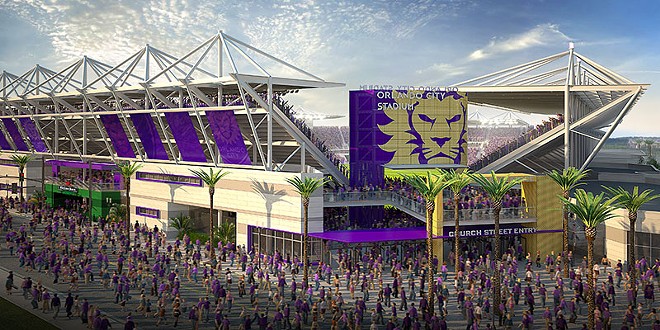 Photo via Orlando City
Follow this link for more renderings and further information about the stadium.