Crist is on the ballot for governor (again) 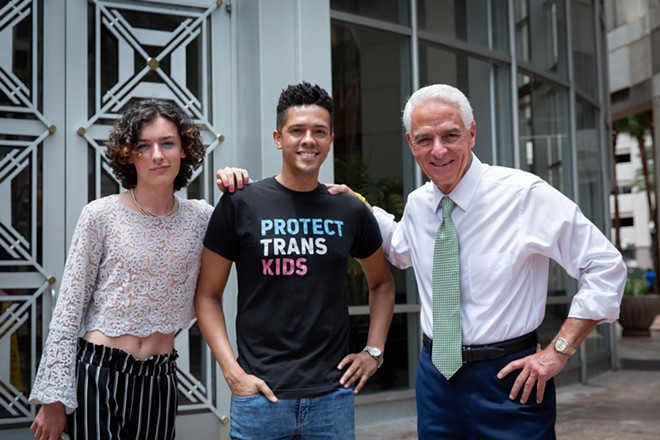 Democratic gubernatorial candidate Charlie Crist won a lopsided primary Tuesday over Nikki Fried, setting up a November general election where he will have to bring together the Democratic Party to take on Gov. Ron DeSantis.

Crist, a St. Petersburg congressman and former governor, took nearly 60 percent of the vote as of a 9:30 p.m. count, handily winning Democratic strongholds over Fried, the state agriculture commissioner.

Speaking to supporters at a downtown St. Petersburg hotel, Crist said a victory in November would “send shockwaves across this country.”

Crist spent much of the victory speech contrasting himself with DeSantis, who has skyrocketed to national fame and is a potential contender for the 2024 Republican presidential nomination. Crist painted DeSantis as “abusive” and as a “bully” who is blinded by his presidential ambitions.

“Gov. DeSantis only cares about the White House, he doesn’t care about your house,” Crist said, eliciting applause from the crowd of roughly 250 people.

Crist also pledged to reverse some of DeSantis’ high-profile decisions and legislative priorities. For instance, Crist said he would reinstate suspended Hillsborough County State Attorney Andrew Warren as one of his first acts as governor. DeSantis suspended Warren this month, citing a pledge by Warren not to prosecute people who provide abortions. 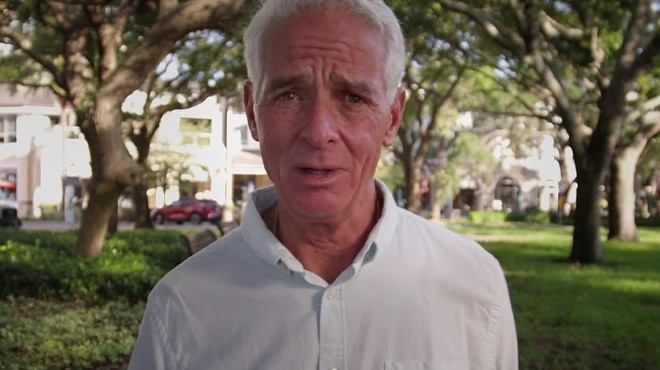 A new Florida law restricting abortion access to 15 weeks of pregnancy was a priority of DeSantis during the 2022 legislative session — another issue Crist promised to dismantle.

“On day one of my administration, I will sign an executive order protecting a woman’s right to choose,” Crist said.

Then a Republican, Crist was elected governor in 2006 after serving as education commissioner, attorney general and a state senator. Crist served only one term in the governor’s office and was elected to Congress in 2016 as a Democrat. Crist highlighted his experience throughout the campaign.

“I’ve proudly served as your governor once before. And unlike the current governor I represented every Floridian, regardless of what political party they belonged to or how much money was in their wallet, or even who they loved,” Crist said.

Fried, who as agriculture commissioner has been the Democrats’ only statewide elected official since 2018, played up that she is “something new” as a contrast to Crist. But Fried drew only about 35 percent of the vote Tuesday.

Shortly after 8 p.m. Fried told supporters at a watch party inside Revolution Live in Fort Lauderdale that she called Crist to offer congratulations and support, saying women’s rights and democracy are “on the line in November.”

“We are going to make Ron DeSantis a one-term governor,” Fried said. “And a zero term president of the United States.”

She also called on the party to unite behind Crist and elect Democrats in other races.

“We have to be united like we have never been united before,” Fried said. “And I will campaign up and down the ballot to make sure that Democrats are elected into our city and county commission seats. Into our statewide elected positions. Into our senators and into our House members.”

Crist will have to quickly name a running mate and raise money. It’s unknown how much national Democratic organizations will pump into the contest.

Heading into the final weekend before the primary, Crist had spent all but about $500,000 from his Friends of Charlie Crist political committee and $800,000 from his personal campaign account.

DeSantis, who spent the final weeks of the primary traveling the nation and promoting school-board candidates in Florida, has about $10 million in his personal campaign account and his political committee had more than $122 million on hand.

DeSantis, who predicted a Crist victory on Tuesday morning, took shots at both Democratic candidates following a meeting of the Florida Cabinet.

“They have opposed every decision I’ve made to keep this state open, to keep people’s rights … to save jobs, to keep kids in school, to save businesses. And if we would have done what they wanted to do, shut down the state in July of 2020, which they asked me to do and I refused, that would have hurt millions of people in this state,” DeSantis told reporters.

While he’s widely viewed as one of the state’s most skilled retail politicians, Crist’s switching of parties and legacy of runs for office —- the 2022 governor’s race is his seventh statewide effort —- also expose a vulnerability that critics such as Fried repeatedly tried to exploit.

“Charlie Crist has stood in lockstep with Joe Biden as he played nice with dictators in Cuba and Venezuela, and his failed economic policies raised taxes and increased the cost of living across every sector of the economy. We’re confident he’ll be rejected for a third time this November, and we look forward to Gov. DeSantis’ decisive re-election,” Rexrode said in a statement. 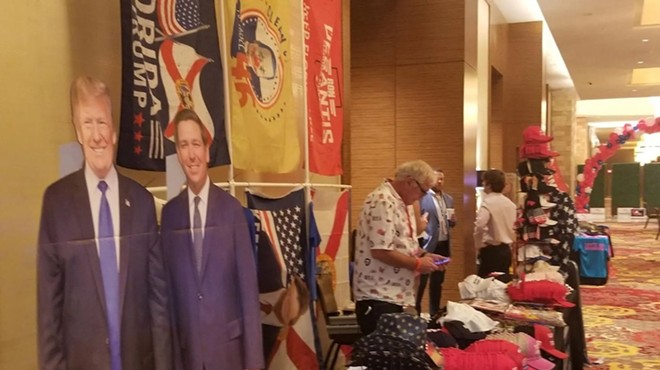 But high-ranking Democrats voiced support Tuesday night for Crist, as they look for a candidate to stand up to DeSantis in a race that political experts are projecting represents long odds for the party.

“Crist is a tested leader who’s running for governor to put the people back in charge and restore civility to our politics. He will fight to lower prescription drug costs, expand Medicaid and defend the right to vote. Crist will tackle Florida’s housing affordability crisis, which has ballooned under DeSantis, leaving Floridians struggling to make ends meet,” Diaz said in a statement.