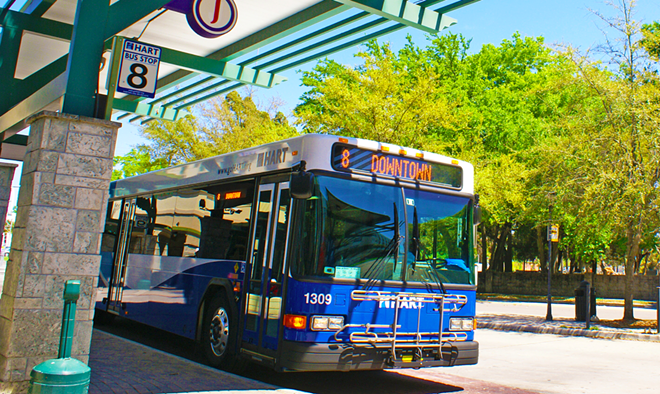 A high-level employee of Hillsborough County's transit agency had a secret, second job as the director of communications for New Orleans' transit authority.

According to a report from the Tampa Bay Times, Teri Wright was working for the Hillsborough Area Regional Transit Authority since February of last year. She was hired as the chief customer experience officer, a role that comes with a starting salary of over $200K. That made her the fourth-highest paid employee of the entire agency.

She began working for the New Orleans Regional Transit Authority in April of this year as their director of communications. That position earns a salary of $155K per year. Hart had worked for NORTA as their director of customer experience from 2017 to 2021, when she left for the Tampa position.

Both agencies require that employees treat their employment as their primary job. Her employment ended with the Hillsborough agency last Monday. NORTA has placed her on administrative leave.

“When someone breaks the rules it is important to move on without them,” said HART CEO Adelee Le Grand.

NORTA said that they are investigating.


The RTA is currently looking into this matter,” spokesperson Tiffaney Bradley told the Times-Picayune.

The news comes at a terrible time for HART. The agency is eyeing massive cuts after a tax meant to fund the agency failed with voters. A similar tax failed in Orange County.