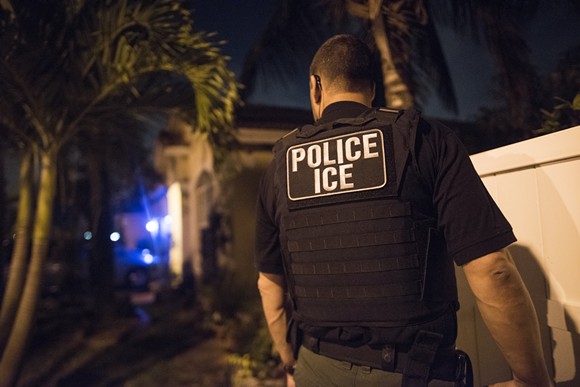 The Detroit News reports the Department of Homeland Security created the fictional University of Farmington in 2015 to essentially lure "recruiters and entities engaged in immigration fraud," according to a federal indictment unsealed Wednesday. The undercover agents who managed the fake college hoped recruiters would fall into the trap by enlisting other foreign students to enroll and keep their F-1 student visas from expiring.

Foreign students who want to study in the U.S. must apply and enroll in schools certified by DHS. If accepted, these schools provide students with Form I-20, a document that allows them to get an F-1 Visa and authorizes them to stay in the country for the duration of their study.

The University of Farmington had a website touting itself as a "nationally accredited business and STEM institution located in Metro Detroit" and was listed as one of DHS' certified schools. Although it had a physical location in an office building, there were no instructors, curriculum or actual classes.

Prosecutors say the foreign students who enrolled and made tuition payments to the fake university "knew that they would not attend any actual classes, earn credits or make academic progress toward an actual degree in a particular field of study – a 'pay to stay' scheme."

From February 2017 through January 2019, the eight recruiters allegedly helped enlist and enroll at least 600 foreign students in exchange about $250,000 in cash, kickbacks, scholarships and tuition credits. They also "facilitated the creation of false student records, including transcripts, for the purpose of deceiving immigration authorities" without realizing the whole operation was being run by ICE agents. Most of the recruiters and the students they enlisted are from India, prosecutors told the Detroit News.

"Their intent was to fraudulently maintain their student visa status and to obtain work authorization," the indictment said. "Each student knew that the University's program was not approved by the United States Department of Homeland Security, was illegal and that discretion should be used when discussing the program with others."

Bharath Kakireddy, of Lake Mary, is one of the eight who was charged with "conspiracy to commit visa fraud and harbor aliens for profit" by recruiting foreign students to participate in the scheme. Kakireddy allegedly called undercover agents twice in May 2017 to enroll in the fake university without attending classes to fraudulently maintain his immigration status. Prosecutors accused him of collecting $5,000 from the school in September 2017 for recruiting students. Kakireddy was arrested in Florida, while the seven other alleged recruiters were arrested in metro Detroit and Virginia.

Attorneys who have spoken with the students told the Detroit Free Press that contrary to the government's claims, students may not have realized the school was not a legitimate operation because some legal university programs allow foreign students to work while enrolled as part of their degrees.