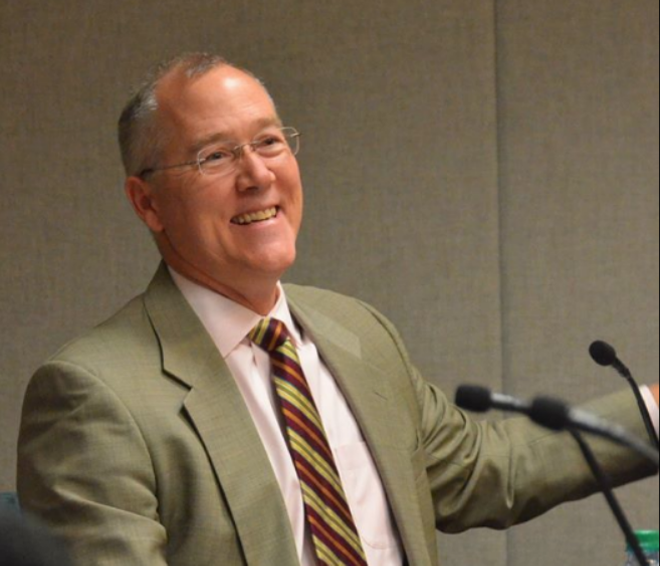 Screen grab via Facebook.com/KissimmeeCountyChamber
It’s that time of year again, when the formally nonpartisan National Rifle Association hands out A-ratings to Republican candidates and F-ratings for Democratic candidates.

State Rep. Mike Miller, R-Winter Park seems to have passed his test and according to the NRA’s ratings, he was given an A. Miller is facing off against former U.S. Senate advisor Vennia Francois and Sanford businessman Scott Sturgill in the GOP primary for Florida’s 7th congressional district for a chance to take on U.S. Rep. Stephanie Murphy in the general election.

Francois and Sturgil both received an AQ, meaning their grade is only based off they filled out their NRA survey.

In early June, Anna Eskamani, a local Planned Parenthood official and Democrat running for a Florida House seat in Orlando, received this year's survey asking candidates how they will respond to various gun reform issues. Taking a page out of the NRA's book by opting to take the high-road, Eskamani tossed the letter in the recycling bin.

It makes sense why Miller has managed to stay off the gun lobby’s naughty list. In February, just less than a week after a teenager used an AR-15 to murder 17 people at Marjory Stoneman Douglas High School, Miller was one of eight Orlando-area lawmakers who voted down a motion to even debate whether or not Florida should regulate the sale and possession of semiautomatic rifles and extended magazines.

The next month, in March, the Florida Legislature passed the Marjory Stoneman Douglas High School Public Safety Act, which raised the statewide minimum age to purchase a rifle from 18 to 21 and requires a three-day waiting period for all purchases of riles and other long guns. It also banned the sale of bump stocks, devices that allow semiautomatic rifles to operate as fully automatic weapons – what were used in the Las Vegas massacre in October.

The bill's passage marked the first gun control measured passed in Florida in more than two decades and was part of an unprecedented $400 million school safety package, which trains qualified school district employees on how to handle a firearm.

Gov. Rick Scott signed the bill into law on March 9. The NRA immediately filed a lawsuit in return.