Casey Anthony supposedly in talks with NBC for TV deal 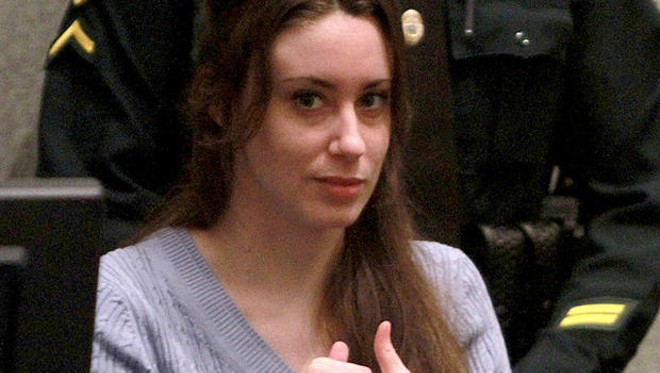 Casey Anthony, who was acquitted of murdering her 2-year-old daughter back in 2011, has reportedly been speaking with producers from NBC about a potential TV deal.

According to the NYPost, Anthony was "flown first class by NBC to New York last Thursday. She was accompanied by Don Wood, a veteran news producer who works for NBC in Florida and also writes and produces reality TV programming."

Anthony is rarely seen in public and specifics of the alleged TV deal have not been released. However, sources with the NYPost claim Anthony, who’s currently living in West Palm Beach and is allegedly bankrupt, is "seeking a big-bucks deal for her first sit-down since the acquittal."

The NYPost also stated that Anthony has already met with NBC's top producer Matt Zimmerman, at the network's 30 Rock headquarters.