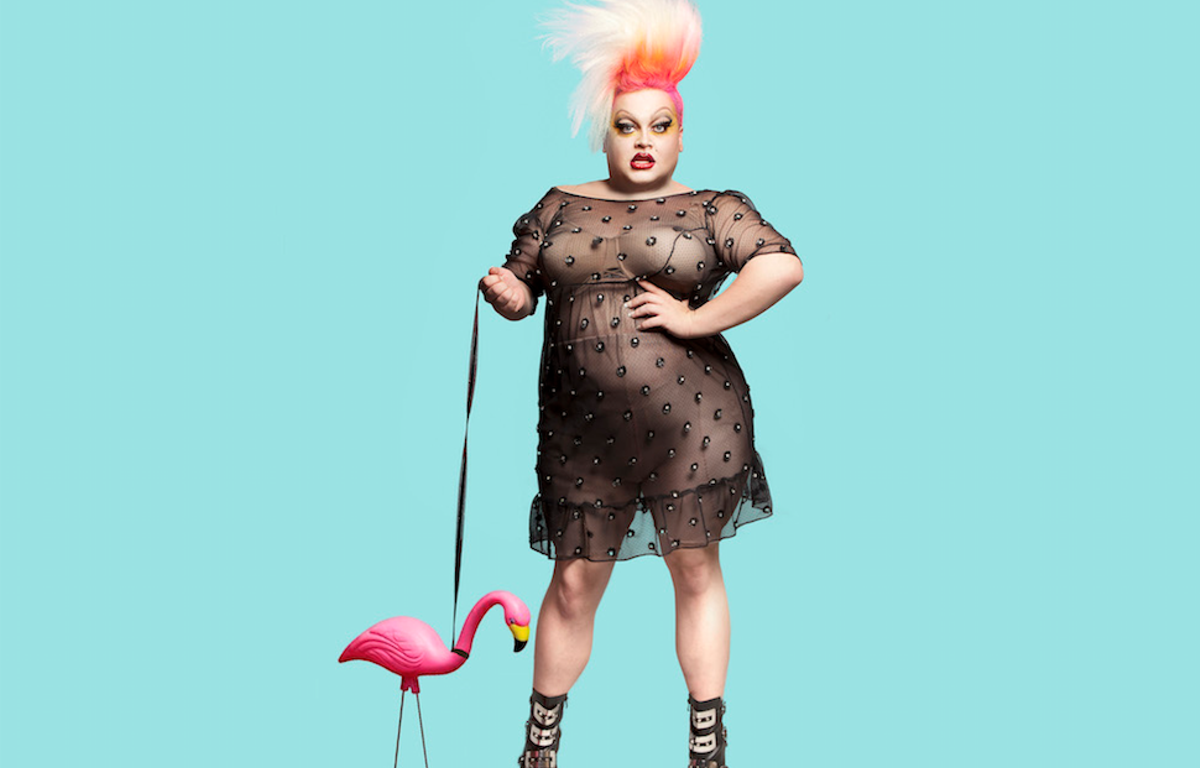 There hasn't been a time in Ginger Minj's life that she wasn't a performer. The self-described "glamour toad" contestant from RuPaul's Drag Race first got on stage at six months old, when her mother volunteered her to play a baby in a local production of Fiddler on the Roof.

"I got into drag when I realized drag paid the bills more than theater did," says Minj, whose given name is Joshua Eads. "I focused my energy on that and it took on a life of its own."

After growing up in nearby Leesburg, Eads, 33, continued his life in Orlando theater productions until he started working as a drag queen – some of the first places to book him included Pulse, Hamburger Mary's and Sleuths Mystery Dinner Show. Ginger Minj was born out of a reference to the British slang term for red pubic hair and quickly became the iconic "overweight, asthmatic, chain-smoking cross-dresser from Orlando." After making the top three in Season 7 of Drag Race, Eads traveled the world with the cast of drag queens "four or five times over" and brought his Southern-fried sass to his 2016 album, Sweet T.

With a second album of club tracks and film appearances on the way, Ginger is now turning her focus back to what got her started in the first place – theater. Eads and his friend Janine Klein, a fellow performer whom he describes as the "Lucy to my Ethel," are going on a world tour of Eads' musical Crossdresser for Christ and are working on creating a show about the life of Harris Glenn Milstead, the legendary drag queen known as Divine.

"No matter what roles you get as a drag queen, what amazes me is people don't take you serious as an actor," Eads says. "Being a drag queen is just a portion of what I do. It's been kind of an uphill battle to fight stereotypes, but I wouldn't trade it for anything – it's given me a lot more than it's taken."

Still, being a drag queen has become that much more important as the current presidential administration attempts to ban transgender people from the military and roll back LGBTQ protections.

"I think we've made so much progress over the last decade or so, and now literally every step we've taken is threatened," Eads says. "If we don't stand and fight for that, we'll go backward. We've lost too many lives to see things being undone in front of our eyes."