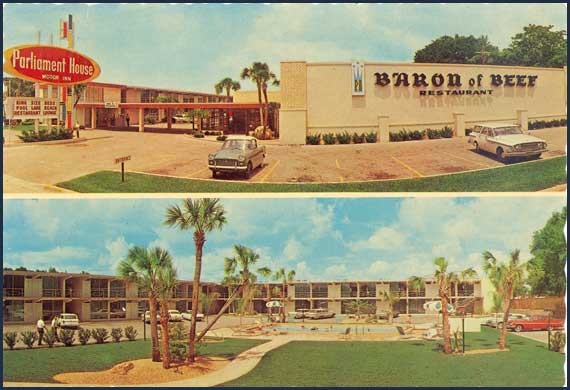 As gadflies do, we've been hearing rumblings of a change in the Parliament House – you know the one; Dr. Everything Will Be All Right – for a long time, and, basically the biggest gay bar in town has been in a quagmire for eight years financially. There was a timeshare, there was bankruptcy, there was the second Great Depression. But, as things do, the P is moving on, and it's sort of in a big way. We'll have more info later, but we just returned from a sit down in a small beverage room with one Mr. Don Granatstein, from CANADA. And it turns out that today the hotel/circus/gaybar/makerandbreakerofhearts has come out of its bankruptcy and is moving forward! In fact, Susan, Don's wife, was buying tiles while we talked. THAT'S HOW INSIDE.

We'll have much more on this in the near future, because we should. Also, because everything in the world of development and resorts comes with a haze of "maybe," we can reveal that the hotel/bar is spending $1 million on revamps for currently existing rooms and, omg, $10 million (maybe?) on a new development that will be partnered perhaps with somebody something (OK, a major resort chain?). Also in the works, a country club for gays, a vacation club situation which is NOT the same as the Gardens was supposed to be, because IT'S DIFFERENT.

As of today, there are offices in NY, DC, FTL, and Tampa, says Granatstein, who always makes us remember the Flinstones. Everything is still in the "negotiations" phase, he says, and there's still some bankruptcy to deal with regarding the Gardens, which went south just after it opened mid-decade. But Granatstein is hopeful that the new rush to make OBT happen will make Parliament even better, especially when you consider that just 15 years ago, gays could barely touch each other, much less get married.

The goal, obviously, in this case, is to make a space where gay marriages happen in a happy way. "The real truth is that Parliament House is here to support the gay community," Granatstein says.

Also, there's a reality show in the works!