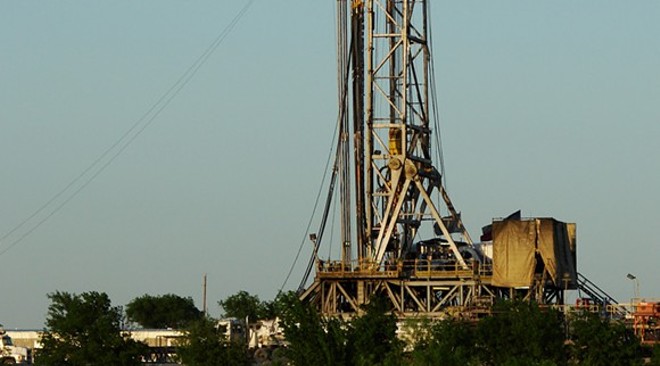 via wikipedia
This week, the Senate has moved ahead with a controversial bill that would prevent municipalities in Florida from banning fracking. Called SB 318 Regulation of Oil and Gas Resources, the bill is scheduled for a hearing at 10 a.m. on Thursday, Feb. 25 before the Senate Appropriations Committee. Should it pass, not only will counties not be permitted to ban the practice of hydraulic fracturing in their communities – any bans currently in place would be nullified.

Activists who fear that fracking could poison Florida's water and compromise the fragile limestone bedrock (which is already prone to sinkholes without the threat of fracking) are urging citizens to contact the following senators to let them know how they feel about the bill:

Today, the New York Times actually took note of Florida's fracking debate, calling it an "unlikely battle that is picking up steam across the state."