A measure intended to prevent picketing and protests outside people’s homes was among eight bills forwarded to Gov. Ron DeSantis on Thursday.

Meanwhile, DeSantis signed 13 bills, including a measure that will more broadly cloak information about people and businesses involved with state executions and the drugs used for lethal injection. The protest bill (HB 1571), which was approved by lawmakers in March, would make it illegal to protest outside a person’s home “with the intent to harass or disturb that person in his or her dwelling.”

The Legislature formally sent the bill to DeSantis on Thursday as Republicans have accused the White House and Democrats of backing abortion-rights protests outside the homes of U.S. Supreme Court justices following the leak of a draft opinion that would overturn Roe v. Wade. 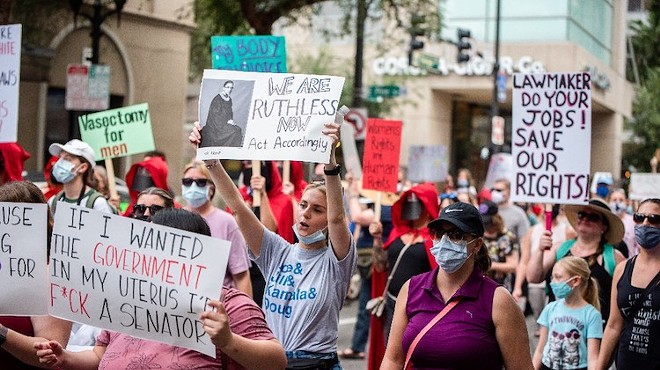 
Under the state bill, people could face second-degree misdemeanor charges for violations. Law-enforcement officers would have to tell protesters to leave before arrests could be made.

The public-records exemption (HB 873) bill signed by DeSantis will obscure the identities of anyone involved in “administering, compounding, dispensing, distributing, maintaining, manufacturing, ordering, preparing, prescribing, providing, purchasing or supplying drugs, chemicals, supplies or equipment” needed to carry out executions. The state had already provided an exemption for information about people such as executioners and the prescribers of drugs for lethal injections.

Department of Corrections officials argued the additional secrecy is needed so they can continue executing Death Row inmates by lethal injection, as drug manufacturers and distributors refuse to allow their pharmaceuticals to be used in putting people to death.