The Biden administration has urged a federal appeals court to uphold a ruling that said parts of a 2021 Florida elections law discriminate against Black voters.

U.S. Department of Justice attorneys last week filed a 35-page brief backing challenges by voting-rights groups to the law, which included placing additional restrictions on ballot drop boxes and on providing food and water to people waiting in line at polling places.

The state, the Republican National Committee and the National Republican Senatorial Committee took the case to the 11th U.S. Circuit Court of Appeals after Chief U.S. District Judge Mark Walker ruled that parts of the law were intended to discriminate against Black Floridians, a key voting bloc for Democrats.

“Given the evidence presented at trial and the (district) court’s factual findings, defendants cannot argue that the invalidated provisions of SB 90 were motivated solely by party, and not race,” the brief said. “The court carefully explained that the three invalidated provisions ‘specifically target Black voters’ and not Democratic voters generally.” 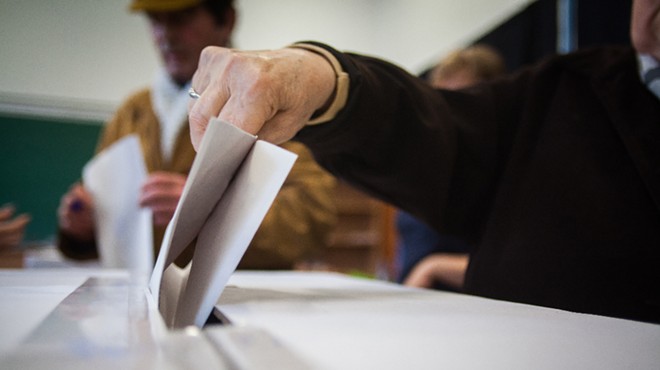 The Republican-controlled Legislature and Gov. Ron DeSantis made the changes as GOP leaders across the country pushed to revamp elections laws after former President Donald Trump’s loss in 2020. While Florida had a relatively smooth 2020 election, Republicans said changes were needed to help ensure future elections would not have issues such as fraud.

Voting-rights groups filed a series of lawsuits challenging the changes, with the cases consolidated at the appeals court.

The state has disputed that the law is racially discriminatory, arguing in a brief last month that it is a “facially neutral and common-sense election law.”

“The record shows the Florida Legislature attempting to balance integrity with access to improve voter confidence, provide clear rules, and address issues before they affected Florida’s election,” the brief filed at the appeals court said.

The restrictions in the law included requiring that drop boxes be monitored by employees of county supervisors of elections and only allowing drop boxes to be offered at early-voting sites during early-voting hours.

Other disputed parts of the law prevent groups from providing food and water to people waiting in line at polling places and place additional restrictions on third-party voter registration groups.

In his March ruling, Walker found that “every single challenged provision has a disparate impact on Black voters in some way.”

The Justice Department brief last week said the appeals court should uphold Walker’s ruling that parts of the law were “motivated, at least in part, by racially discriminatory intent in violation” of what is known as Section 2 of the Voting Rights Act. 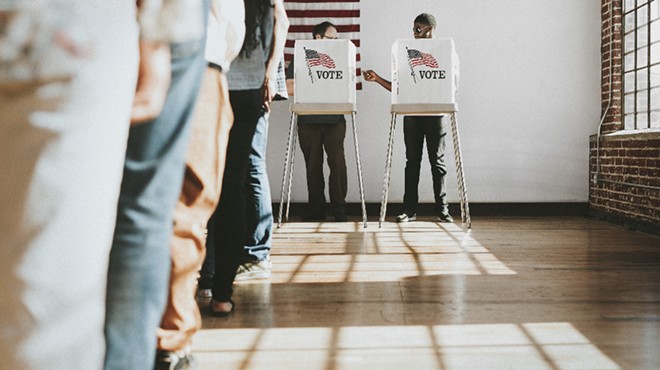 “In analyzing plaintiffs’ Section 2 intent claims, the district court properly considered evidence of racially polarized voting. When race and party are tightly intertwined, polarized voting patterns can provide a powerful incentive to enact restrictions that, by design, bear more heavily on minority voters. Indeed, when a legislative majority acts to entrench itself by targeting voters by race because those voters are unlikely to vote for the majority party, that purpose ‘constitute(s) racial discrimination’ that both the Constitution and Section 2 prohibit,” the brief said, partially citing a legal precedent.

While Walker issued an injunction against parts of the law, the appeals court in March placed a stay of the ruling. That effectively means the disputed parts of the law are in effect during this year’s elections as the legal battle continues.

In issuing the stay, the appeals court, in part, said Walker’s ruling did not seem to be appropriately focused or limited, as previous court decisions require. Walker, as an example, described discrimination in the state dating back to voting laws enacted after the Civil War, calling it a “grotesque history of racial discrimination.”

In its brief last week, the Justice Department raised the possibility of the appeals court sending the case back to Walker to re-address the law as it relates to past discrimination.