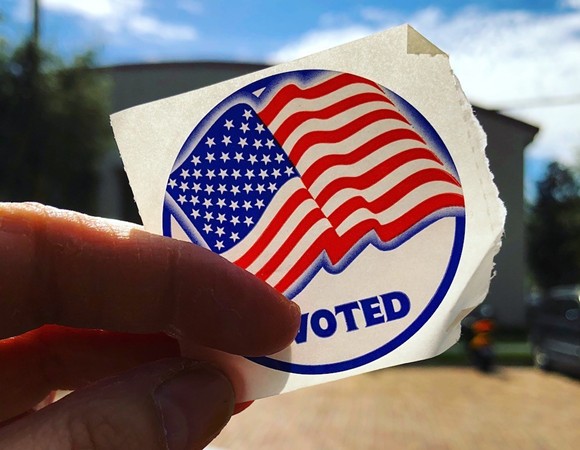 Photo by Jessica Bryce Young
Backers of a proposed constitutional amendment that would revamp Florida’s primary-election system filed a lawsuit Thursday challenging a state position that the measure would cost millions of dollars for counties to carry out.

The proposed amendment, which will appear on the November ballot, would allow registered voters to cast ballots in primary elections regardless of party affiliation – a major change from the state’s longstanding system of generally limiting primaries to voters registered with parties.

Under the proposal, the two candidates getting the most votes in each primary would advance to the general election.

But the political committee All Voters Vote, which has spearheaded the proposal, is challenging what is known as a “financial impact statement” that would provide information to voters about potential costs of the change.

State analysts estimated that counties would face $5.2 million to $5.8 million in costs because of the change during election cycles in even-numbered years, when races are held for such things as congressional and legislative seats. The estimated costs would be lower in odd-numbered years.

The lawsuit contends that the statement that would be provided to voters is “unclear, ambiguous and misleading,” and All Voters Vote is asking a judge to order it to be redrafted. In part, the lawsuit said many counties indicated the potential changes would not have any costs or that costs were unknown.

Proponents of letting all Florida voters participate in primary elections say the price tag is "materially misleading, even were the estimate remotely close to reality."

“Ambiguously stating that ‘the combined costs across counties will range from $5.2 million to $5.8 million’ while failing to inform the voter as to the potential impact or lack of impact upon (or cost savings to) their own county is materially misleading, even were the estimate remotely close to reality,” the lawsuit said. “The FIS (financial impact statement) provides a misleading sense of precision and impact that may cause voters to reject the proposed amendment.”

The All Voters Vote proposal, which will appear on the ballot as Amendment 3, has drawn opposition from the state Republican and Democratic parties. Under state law, the ballot is required to include information about the amendment’s potential financial impact.

The state analysts, who meet as the Financial Impact Estimating Conference, surveyed county elections supervisors and received mixed responses about whether the change would lead to increased costs. Among the reasons given for expected increases were more candidates running for seats, which would produce longer ballots and increased printing and mailing costs.

The lawsuit, filed in Leon County circuit court, names as defendants Secretary of State Laurel Lee and the members of the Financial Impact Estimating Conference, which is made up of representatives of the governor’s office, the Senate, the House and the Legislature’s Office of Economic and Demographic Research.

In a prepared statement Thursday, Glenn Burhans, chairman of All Voters Vote, said most county elections supervisors did not respond to the survey or said the amendment would not lead to additional costs.

“Inexplicably, the FIEC (the Financial Impact Estimating Conference) ascribed increased costs to counties which indicated that they would have no increased costs, would realize cost savings, or could not determine what additional costs, if any, they would experience,” Burhans said. “The financial impact statement will mislead and confuse voters on the financial impact of an All Voters Vote primary election system.”