At the state level, 2015 was all about bear hunting and witch hunting

The year in state news 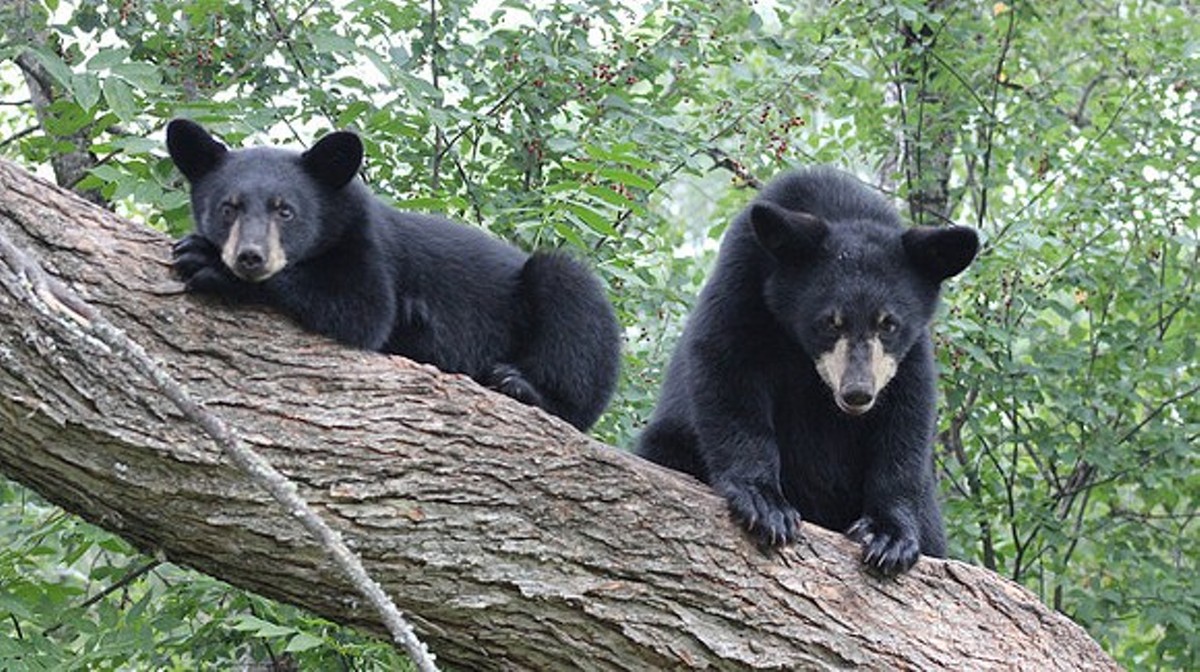 If the Florida Fish and Wildlife Conservation Commission – a commission appointed by the governor and made up entirely of developers and businesspeople – had any credibility left, it destroyed it in 2015. Earlier this year, the commission declared that it would open a bear-hunting season to control the population of bears in the state, despite massive public outcry (and a lawsuit) that the state hadn't even finished its official bear head count. They set a limit of 320 bears that could be killed during the hunt, but issued permits to more than 3,000 people – more bears than the commission even thought lived in the state. The state Department of Environmental Protection has since doubled down on the FWC's hunt-happy decision-making by suggesting that, to help state parks generate revenue, it might open them up to hunting. If things go according to the DEP's plan, people may soon be able to hunt deer, turkeys, rabbits, quail, wild boar and, of course, bears in Florida state parks.

It wasn't enough for Florida's legislators to get caught gerrymandering congressional districts to favor Republicans and incumbents. No, our House and Senate representatives fought each other tooth and nail this year when they were forced to draw the districts again in special sessions that were paid for by taxpayers. Ultimately, they couldn't agree on anything, and it was left up to the Florida Supreme Court, which approved a map created by the plaintiffs who brought this issue to light when they sued in 2012. The map could face challenges from representatives who don't agree, including our own U.S. Rep. Corrine Brown, whose district is a gerrymandered snake that travels from Orlando to Jacksonville.

Finally – after a long and depressing series of legal challenges brought by state Attorney General Pam Bondi to keep LGBT Floridians from being allowed to marry whomever they choose, a U.S. District Court ruled that Florida's ban on gay marriage was unconstitutional. Despite the state's last-ditch attempt to get the Supreme Court to weigh in on the topic, on Jan. 1, U.S. District Court Judge Robert Hinkle declared that all counties in Florida must issue marriage licenses to gay couples beginning on Jan. 5. And just like that, we had marriage equality. (And a swarm of eager couples outside City Hall.)

Gov. Rick Scott never saw a conservative bandwagon he didn't want to jump on, so when a series of doctored videos alleged that Planned Parenthood was illegally selling fetal tissue, he went right along with the witch hunt. His administration did some undercover investigations of its own – despite valiant attempts to vilify the clinics, those investigations turned up a whole lot of nothing. But that didn't stop the governor from making sure his office manipulated the investigative reports and press releases to strike lines indicating that, despite allegations made in the videos, investigators found no evidence that the clinics mishandled fetal tissue. This debacle, by the way, comes along in the same year that the state implemented a mandatory 24-hour waiting period for women seeking abortion.

The 2016 presidential race from the Republican side has been less than civil; the rhetoric has been toxic, in fact, and it's mostly spewing from part-time Palm Beach resident Trump. Bush, who once mentored Rubio and gave him a sword when he became Florida House Speaker, turned cold toward his protégé. Now rivals, both are behind Trump and other candidates in the polls as they all try to secure the Republican nomination.

Florida is the closest state to Cuba, just 90 miles away, and its representatives are probably the most obtuse when it comes to President Obama's decision to normalize diplomatic relations with the island nation. Both the House and Senate opposed normalization, as did presidential candidates Bush and Rubio. Cuban immigration into the U.S. spiked after Obama announced he was renewing ties with the country, and Rubio has publicly said he's open to adjusting the "wet foot, dry foot" policy that allows Cubans who reach land to obtain permanent residency after one year. Miami's Cuban exile population still has hardliners opposed to thawing relations, but a younger demographic and economic interest in the island could be changing public opinion.

A year after Gov. Rick Scott signed a bill legalizing Charlotte's Web, a non-euphoric strain of marijuana that treats conditions like epilepsy and cancer, the state Department of Health finally got past some of the litigation that bogged down the drug and allowed five nurseries to grow the strain. Patients eagerly awaiting some relief will have to obtain permission from a qualified doctor and be added to the Compassionate Use Registry. Knox Nursery, based in Winter Garden, will be providing medical marijuana to the Central Florida region.

After allegedly violating Florida's public records law by creating private emails to communicate with his staff and withholding documents, Scott settled a lawsuit regarding the violation and billed Floridians $700,000 for his legal expenses. A spokeswoman for his office said that it was OK for Scott to do that because the lawsuits arose from the governor's public duties. Scott's administration paid $120,000 of the settlement from an account for office expenses and operations, but failed to let the Legislature know before they approved the account. So much for public accountability and working in the sunshine.

9. Florida solar amendments fight to be on ballot

Despite the fact that Florida's known as the Sunshine State, we have a pretty dismal solar-energy presence. The Southern Alliance for Clean Energy wants that to change, and the organization gathered signatures to get a measure before voters to expand solar in the state. Shortly after the alliance launched its effort – called Floridians for Solar Choice – another group called Consumers for Smart Solar sprung up seemingly from out of nowhere, attacking the Solar Choice petition and insisting it was bad news. It turns out Consumers for Smart Solar, which launched its own petition that does basically nothing, is the bad guy here. The group is little more than a front group funded by the state's largest utility companies. Nice try, guys.

Of course he does. See reference above to Scott never seeing a conservative bandwagon he didn't want to jump on.