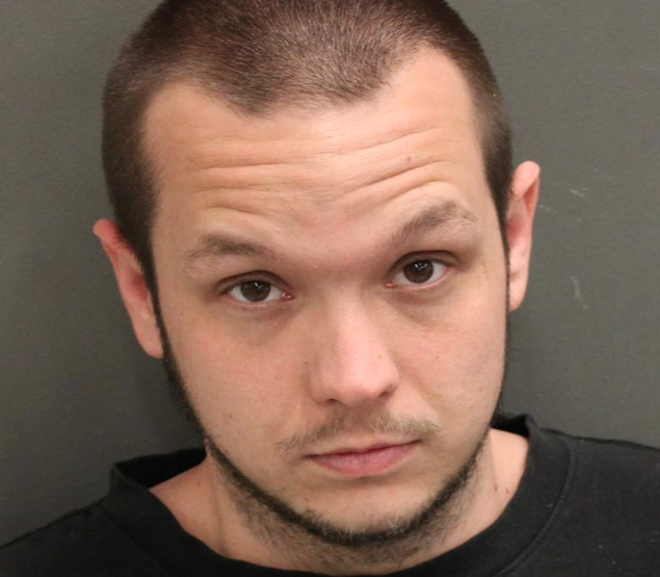 Photo via Orange County Jail
A 25-year-old Central Florida man has been arrested and accused of child sex abuse after police say he raped a 17-year-old Texas girl he lured to his parents' home in Apopka by claiming he was "Instagram famous."

Apopka Police say Richard Brown spent roughly $822 on Uber rides for the teenager from San Antonio to Baton Rouge, Louisiana, and then for another ride that brought her all the way to Central Florida. The two met over Instagram, where Brown told her he was a 19-year-old social media star and that he would "take care of her," according to the arrest report.

Once the victim realized Brown wasn't actually "Instagram famous," she told Brown she wanted to go home. But police say Brown wouldn't allow it, telling her, "No, you owe me now for bringing you all the way here."

Brown allegedly raped the teenager over the course of three days, and didn't allow for her to leave the room where she was being kept unless the girl needed to eat or use the bathroom, the report says.

The teenager escaped on Wednesday when Brown fell asleep and contacted her mother on Snapchat. She was located near Ustler Road and Wekiva Preserve Drive in Apopka.

Police confirmed the teen had previously gone missing out of San Antonio on March 5. Brown told police that him and the victim were "only friends."

WFTV reports that Brown's attorney says there are "several inconsistencies" in the victim's story.

Brown faces seven charges, including three counts of felony sexual assault of a child between 12 and 17 years old. He's currently being held at the Orange County Jail.