Another Florida panther was hit and killed by a car 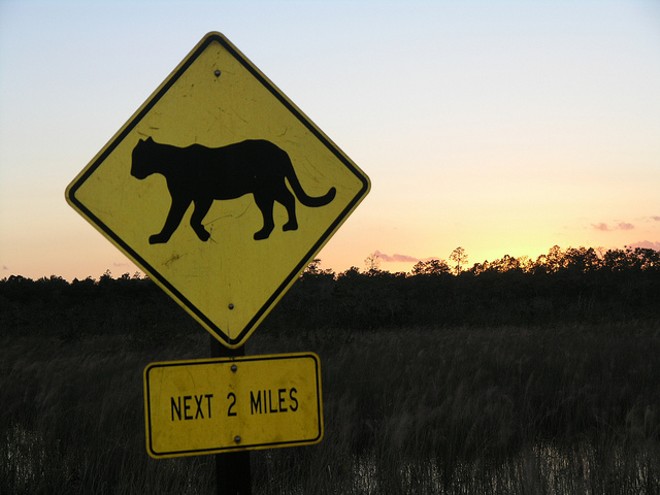 Photo via Everglades NPS on Flickr
Even though Florida panther numbers are slightly on the rise, the big cats are still being killed in higher numbers every year.

The Associated Press reports that on Tuesday, Feb. 28, a 3-year-old male cat's body was found on a rural road in DeSoto County, Florida.

So far, this marks the fifth panther death in 2017, with three of those deaths marked as vehicle fatalities.

Last year, Florida broke an incredibly sad state record for the number of panther deaths at 39. In 2015, 30 panthers were killed.

"Death by car" is without a doubt the most common form of panther death in the Sunshine State, killing almost 10 percent of the total population each year since 2014.

The FWC encourages the public to report sightings of panthers, their tracks or injured animals.