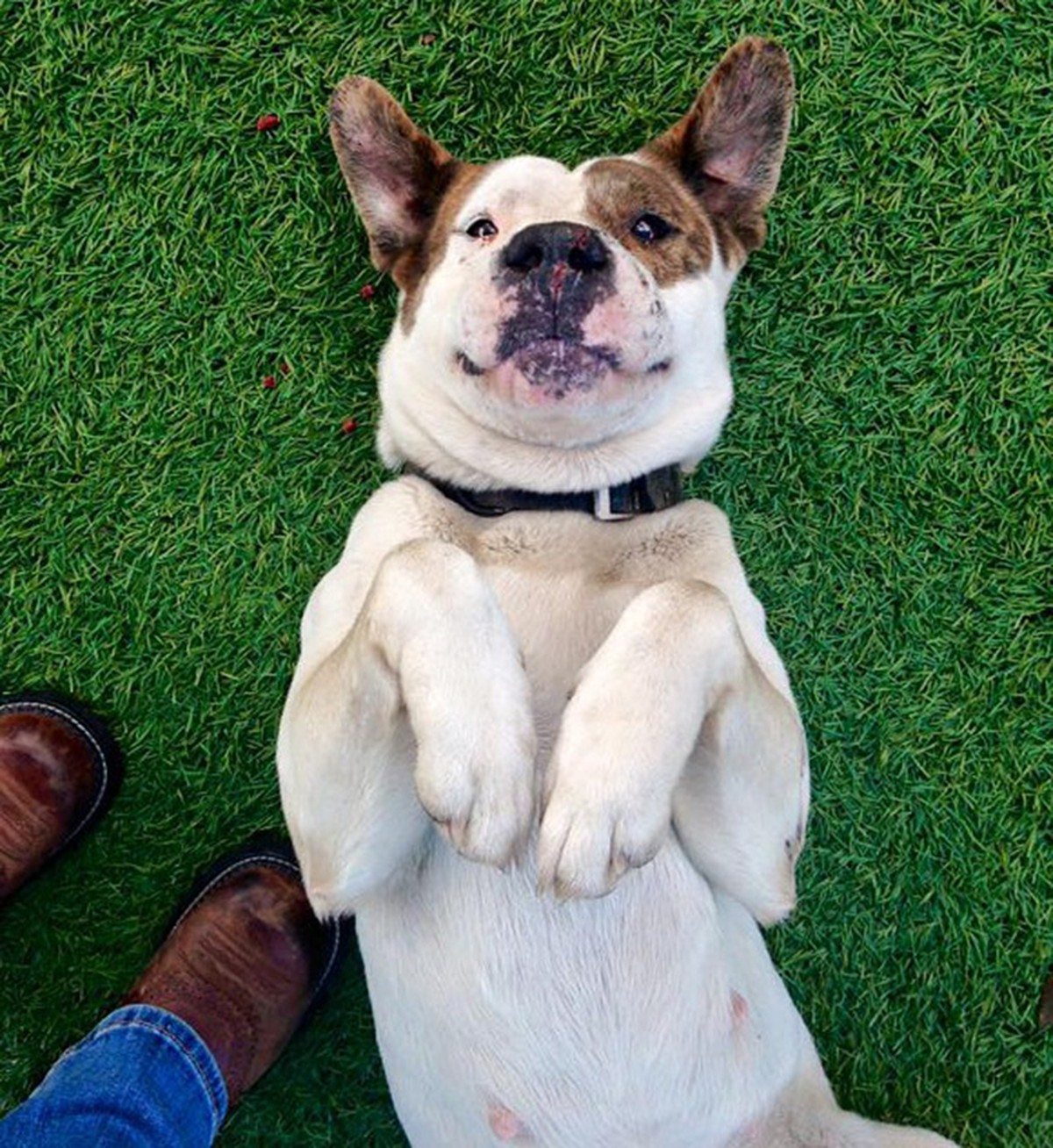 As Zumba music blared outside the small meeting room at the Barnett Park recreation center, animal advocates waited inside on folding chairs last Tuesday to let the Orange County Animal Services Advisory Board know what they thought about Speck.

Speck, a friendly beige dog with caramel splotches on her face, was euthanized on Jan. 13. She was found by OCAS officials found earlier this month injured and next to a dead raccoon. Because raccoons are at risk for carrying rabies, Speck should have gone straight to quarantine when she came in, but because of a miscommunication between employees, she came into contact with several volunteers, potentially exposing them to a deadly virus. On Jan. 19, OCAS officials said Speck's remains tested negative for rabies, but some shelter volunteers were still upset Tuesday night because a rescue group and foster had volunteered to take Speck in. County officials say the group hesitated when they found out Speck needed to be quarantined, so OCAS decided to euthanize her.

"The way this was handled was disrespectful to every single volunteer that gives their time," Cris Ferreira Reed, a volunteer at the OCAS shelter, told the board. "We have to deal with the already emotional undertaking of being there knowing maybe the dog or cat you're dealing with is going to get euthanized no matter what. ... This felt like somebody wanted to cover their asses and say we took care of it, the dog's dead, like it was a clerical error. But we cared about her. ... I always think the county is trying to do the right thing, but the way it was handled was not the right way."

Speck's situation, however, was news to the five advisory board members who attended Tuesday's meeting, chairwoman Sue Carpenter says. They learned the details about the euthanized canine as members of the public stood up to speak at the meeting and were answered by OCAS staff.

That led Paul Wean, a former chairman of the Animal Services Advisory Board and founder of Pawsitive Shelter Photography, an organization that takes professional photos of animals at the shelter to increase their odds of adoption, to email Orange County Mayor Teresa Jacobs asking to be reappointed to the board. Wean and other advocates say that newer members appointed to the board have missed meetings or resigned, and the lack of invested board members have affected its ability to bring change to the shelter, which has been criticized over the years as being inefficient and sometimes reticent to change.

"It is obvious that over the past year this board has completely fallen apart, and I feel that this disintegration has been encouraged and facilitated by management, if not actively at least tacitly," Wean writes. "Accordingly I respectfully suggest that the mayor and the commission seriously consider disbanding the board if it has no meaningful role to play."

Every third Tuesday of the month, the Animal Services Advisory Board meets at Barnett Park, but according to public records obtained from Orange County, there has not been a single meeting in the past year at which all seven members of the board have been present.

The board is one of 55 boards, commissions and authorities that the Orange County Board of Commissioners appoint to help advise county agencies. Made up of four at-large representatives, one attorney, one Orange County Sheriff's Office representative and one veterinarian, the Animal Services Advisory Board is supposed to "assist and advise" commissioners on how to carry out an effective and comprehensive animal-sheltering program.

Dennis Hassard was appointed as an at-large representative in May after Wean, Karina Pastrana and Deborah Turner termed out, but Hassard never attended a meeting. He missed five meetings before he was replaced. John Wight, the veterinarian on the board, says he missed three meetings in a row from July to September because his work conflicted with the meetings. Koski and Hassard did not immediately respond for a comment.

In October, about a dozen residents and animal advocates showed up to the board's monthly meeting, but there were not enough members present to reach a quorum, so it was cancelled. The board held a successful meeting in November with all members present (although there was one vacant position on the board), but the December meeting was canceled after Carpenter, who usually has stellar attendance, could not make it because of eye surgery.

Carpenter says she learned from OCAS staff at the meeting last Tuesday that Elizabeth Bertrand, the attorney appointed to the board after Wean left, had just resigned. Carpenter has been the only board member to remain during the past year's heavy turnover. Currently the attorney and the veterinarian spots are open.

Sometimes the meetings would get contentious, Carpenter says, most recently this past summer, when about 50 Orange County residents packed the small room and voiced their angry concerns about eight dogs left at the Winter Garden home of two men arrested for animal cruelty. Things have gotten better since November, after Carpenter asked that board members be allowed to respond to public comments.

"We were previously told we were not supposed to respond," she says. "If I just stood there listening and walked away, that was the problem."

Wean now serves on the Planning and Zoning Commission, and he says he gets the commission's agenda for review a week in advance, whereas on the Animal Services board, he remembers getting it the day before, which he says can make it difficult for a board to be productive.

"OCAS has to take in every animal presented, regardless of how they've been raised or treated, and that's not an easy situation, I won't minimize that," Wean says. "By and large, staff does an incredibly hard job, but that shouldn't prevent anyone from trying to do better. I did not see the encouragement to help the board come up with ways to improve the system."

Dil Luther, manager at OCAS, could not accommodate an interview about the board, according to county spokeswoman Carrie Proudfit, but Luther did provide a statement.

"The current Orange County Animal Services Advisory Board has been very open minded, receptive and eager to work in partnership with the Animal Services Department here in Orange County," he says. "Its members represent valuable areas of expertise, as well as reflect the Orange County community – which is the intended purpose and design of the board."

OCAS spokeswoman Diane Summers told the board last week that the shelter had extended its weekend hours and shelter visitors increased by 22 percent in 2015. Adoptions were up by 20 percent to 8,082 pets, and the number of animals euthanized decreased by 34 percent to 5,157 from 2014 to 2015.

During her tenure on the board, Karina Pastrana, co-owner of Happy Paws Pet Resort in East Orlando, says board members made changes through "blood, sweat and tears." The board discussed extending shelter hours, euthanasia rates, licensing breeders, getting rid of puppy stores, creating a program that would help offset the medical costs of treating heartworm-positive dogs and installing air conditioning at the shelter, which currently has none. A 2014 ventilation system study of the shelter, conducted in 2014, was finally presented to the board at its last meeting.

Pastrana doesn't know how many board members are shelter volunteers, but she says being one is essential to understanding OCAS.

"When you volunteer, you get to understand the process fully, everything from the adoption application to the cleaning process," she says. "You can't make a recommendation if you don't know what's there. How can you provide a voice for the animals if you don't even know physically where they are?"

For shelter volunteers Cris Ferreira Reed and Maria Bolton-Joubert, being an advocate for the cats and dogs in Orange County's shelter is time-consuming, but rewarding. They say that several animal advocates applied to be on the Animal Services Advisory Board in the past year as position after position opened up, but none were selected. (Disclosure: Erin Sullivan, the editor of Orlando Weekly, is a former volunteer for OCAS and once applied to be a member of the Animal Services Advisory Board.)

Dennis Hassard, the board member who was appointed this year but never attended a meeting, applied for the board at the end of 2014, according to Orange County public records. In the same application, he also applied for the Code Enforcement Board and the Planning and Zoning Commission. Nowhere in his application does he list a particular interest in animals. Similarly, Erin Koski, Frayda Morris and Elizabeth Bertrand applied for multiple boards at the same time, and nowhere in their application did they list experience with animals or an interest in them. Only board member William F. Gouveia, who was appointed this year, said he was a longtime horseman and certified equine appraiser.

Out of the 23 applications considered for open positions on the board, about half of the people who applied listed that they were advocates, had worked with rescues, volunteered at the shelter, had pets or were at least interested in animal welfare. None of them were chosen.

According to Proudfit, all of the applications were processed through another county board, the Membership and Mission Review Board. When you apply for a board, she says, your application stays open for two years and an MMRB liaison will review your application if a position opens up.

"The liaison serves a critical role," she says. "If there are any concerns, issues with any members of the board, the liaison would address them. Both our agenda development team and the liaison are provided with the attendance and minutes of meetings."

Yog Melwani is the MMRB liaison for the Animal Services Advisory Board, and he recommends people to the Orange County commissioners for appointment. Despite multiple phone calls and emails, Melwani did not respond to a request for comment on how he chooses people for the board.

Christine Cavagnaro Loria says she applied, and she listed her passion for animals. In a December letter to commissioners, she wrote that she's frustrated by months of inaction from the board.

"If we are really going to be able to be a positive voice for the animals at OCAS and be able to make good necessary changes to save as many lives as possible, this board must be professional, eager, hardworking, trendsetting animal lovers that are present for the community," she wrote. "Members of the community are here and trying to help make change, but it is an uphill battle until we have an effective and present OCAS Advisory Board."

Cheri Wells, founder of the special-needs dog rescue Lovey Loaves, works constantly with the county, but says OCAS is not open for suggestions.

"I pull dogs not getting the appropriate care they deserve, and sometimes they're released to me soaked in their own urine and fecal matter," she says. "I went to the board and asked them to help me, and I was accused of attacking OCAS. I went back to Dil later and told him I wasn't attacking him, I was asking for his help."

Board member Sue Carpenter, though, is hopeful. She says she disagrees with Wean that the board should be disbanded.

"I think we're finally getting accomplishments made," she says. "The public is trying to work with us and making suggestions. I feel we're in a better place now."