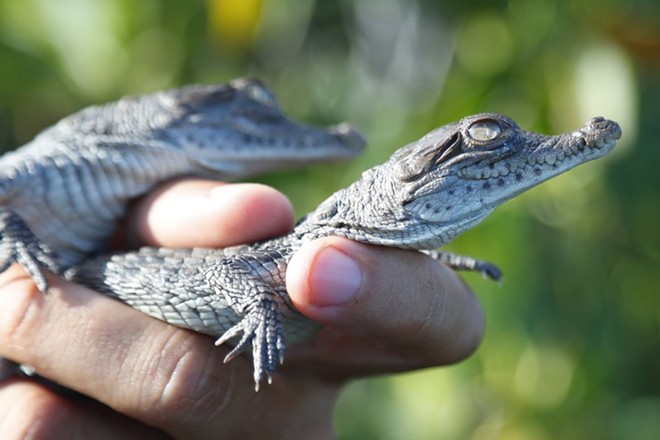 The canals, which stretch 168 miles, are home to 25 percent of the American crocodile population. The team of specialists from FPL that monitor and protect this group of several hundred crocodiles is credited for moving the classification of crocodiles on the Endangered Species Act from "endangered" to "threatened" in 2007.

The FPL team creates habitats for the crocodiles to nest. Once the baby crocodiles are hatched and left by their mothers, the team measures them, tags them and relocates them to increase their survival rates.

Only a small fraction of hatchlings survive to be adults because they are at the bottom of the food chain, FPL biologist and crocodile specialist Michael Lloret told the Associated Press. Lloret said the hatchlings have a fighting chance at Turkey Point, where they are away from humans who would hunt them out of greed or fear.

Only one crocodile attack has ever been recorded in America. In 2014, a couple survived after being bitten while swimming in a South Florida canal.

“American crocodiles have a bad reputation when they are just trying to survive,” Lloret said. “They are shy and want nothing to do with us. Humans are too big to be on their menu.”