After Newtown: Leaving the Twilight Zone

Send a News Tip
When I was growing up, the publishing house Gold Key made a nice little cottage industry out of basing comic books on popular TV shows. From Dark Shadows to Star Trek to Lancelot Link: Secret Chimp, if a kid was interested in it, the chances were good Gold Key had it as a title. 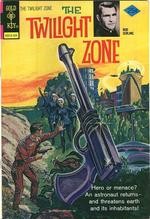 This will not protect you from an audit.

A lot of the stuff was, predictably, just above fan fiction on the quality scale. But every now and then, you’d get a pretty good yarn. One story I remember fondly to this day is “The Plague,” which ran in Gold Key’s Twilight Zone book. In that story, an astronaut arrives in the Earth of the future, where his very appearance sets off a panic. The inhabitants take one look at him and promptly brand him a “plague carrier.” They eventually chase him into a cave, where he finds a computer that holds the history of Earth as it played out after his departure. On the screen, he sees scene after scene of mass devastation, with survivors eyeballing the carcasses of the dead and shouting out, “Plague carriers! We must burn the bodies!”

The astronaut emerges from the cave and tells his pursuers that he understands now: Violence is their “plague,” and he exposed himself as infected simply by arriving bearing a gun. He surrenders his space-age sidearm and is welcomed into their world – the kind of world he had always hoped to live in.

One of the reasons the story works so well is that its clues are right in front of the reader’s face. In all of the disaster footage the astronaut sees, the skeletons of the fallen combatants are prominently holding firearms. But we don’t notice, because to us, guns are absolutely normal. The plague is among us, and we don’t even know it.

After last Friday, we might be figuring it out. For the moment at least, the national conversation is making room for the idea that -- after we’ve gotten our jollies blaming Halo, demonizing the mentally ill and indulging our matinee fantasies of Wild West justice -- guns just might be the problem.

All the old defenses are falling away. The realization is taking hold that we don’t need guns to protect us, because they simply cannot. For one thing, they’re no antidote to the tyranny of the state, as the neo-Ruby Ridgers like to think. To put a fine point on it, any government that has an Internal Revenue Service at its disposal doesn’t need to go after its citizens with M-16s. The Pentagon is not buying ammo at $100 per bullet so they can take over Paducah, Kentucky; they're doing it so they can take over places they don't own yet.

And what about defending home and hearth from ordinary criminals? Well, gun ownership increases an American’s chances of being shot to death by a factor of about four. Meanwhile, one of the main reasons thieves break into homes in the first place is that they have good reason to believe guns are inside. So much for deterrence.

When the “need” to own a gun is exposed as a hollow canard, all that’s left is the “want.” And a want is something that’s far easier to relinquish.

Now, I’m under no illusion that a simple shift in public opinion is all that’s required to bring about some sort of Gold Key-approved utopia. For the moment at least, significant gun-control legislation is going to face almost insurmountable resistance, and not just because some of the participants in the debate remain scared and/or uninformed. Sure, some politicians are speaking from a genuine (albeit terminally weird) value system when they propose that what we need to prevent further Newtowns is more guns in our schools, not less. But – and let’s be honest here – the most dangerous enemies of a sane firearms policy have darker motives. They know that arming teachers, principals, janitors and even students to the teeth would make our public schools more dangerous – and they’re thrilled by the idea. Because the more America’s parents fear sending their kids to those public schools, the better it is for the racket that is for-profit-education.

That’s not the sort of coordinated opposition that’s going to disappear overnight. Any Congress that’s A-OK with marching toddlers in front of a Bushmaster firing squad in order to secure campaign contributions isn’t going to be swayed by a few impassioned emails. But just because a battle is daunting doesn’t mean it’s not worth joining. As with the grassroots movement that put income inequality front and center in the last election, change in our nation’s gun policy – in our gun culture -- is going to come from the setting of a personal example. Or, to be more specific, the setting of one personal example after another. 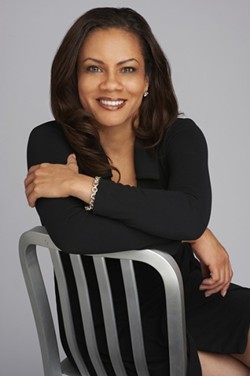 I’m thinking of pundit and ex-Marine Goldie Taylor, who – despite having lost both her father and brother to gun violence  -- responded to the atrocity in Sandy Hook by publicly turning in her own gun to the authorities.  I’m thinking of the NFL players who, in response to the Jovan Belcher murder-suicide, handed over their weapons to their teams’ security officials – one of the players admitting that he just “didn’t trust himself” anymore with his peacemaker.

Why can’t we do this on a national level? Why can’t we make a public show of holding up our guns and saying “Look, we don’t need these things, and we don’t want them around anymore”?  To propose just one idea, nothing would send the message that the era of American gun love is drawing to a close like a few good halftime shows in which players and sports fans surrender their pieces en masse. Hell, we used to burn disco records as stadium entertainment; why not a Smith and Wesson or two?

The time to do it is now, and not just because last Friday’s tragedy is fresh in our minds. At this very moment, the people are riding a wave of optimism based on the realization that, no matter how badly the status quo might be stacked against them, their voices really can be heard. And our leaders are just waking up to the knowledge that,  when the health, safety and security of their constituents are at stake, they sooner or later have to get out of the way.

The genie that is Newtown is not going back in the bottle. The plague has been identified, and the quarantine is poised to be imposed. There’s the signpost up ahead. Your next stop: sanity.