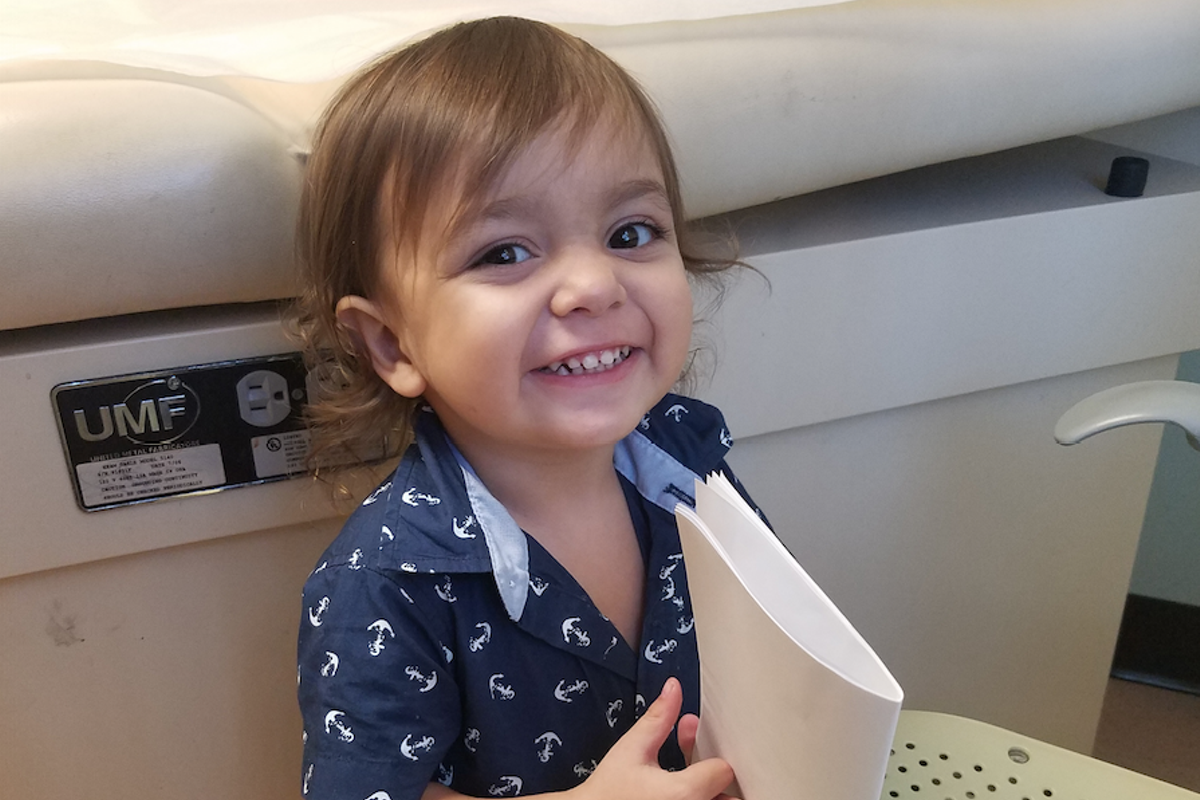 Glorimarie Rodríguez knows staying behind in Puerto Rico's darkness would have meant certain death for her 2-year-old son.

From the moment he was born, Matthew González was a sickly child – in his first months, he was diagnosed with a deadly allergy to oats and Sandifer syndrome, a rare disorder that manifests as spasmodic movements of the back and neck caused by severe acid reflux. In the week before Hurricane Maria hit the island, Rodríguez, 36, says her son returned to the hospital, this time with a bleeding ulcer and other complications that required surgeries. After Maria hit, most of the island lost electricity and access to running water, including the hospitals. In addition to not having power, medical centers ran short on drug supplies as they took in more patients after the storm or were closed entirely. Rodríguez knew Matthew needed the care of specialists immediately, and the chances of finding that during a humanitarian crisis were slim.

So, like thousands of others fleeing deteriorating conditions on the island, Rodríguez and her son boarded a plane to Orlando on Oct. 15. Unlike many who have made their way to Florida and remained uninsured, Rodríguez says she was able to get Medicaid for Matthew approved immediately because of his condition. Two months later, she has a job with Hertz at the Orlando International Airport, but is struggling to find an affordable place to live for herself, Matthew and her 4-year-old daughter.

"It's really hard to make it here," Rodríguez says. "All the help for housing is saturated [with requests], and I can't live in a shelter because of my son's health. I feel like they keep closing the doors on me because I don't make enough money."

Local health care providers say hundreds of Puerto Rican evacuees, especially those on dialysis or who depend on insulin for their diabetes, have shown up at Orlando clinics seeking assistance.

Advantage Medical Group, which has clinics in Central Florida and on the island, is offering all evacuees at least two consultations for a free physical or to update their prescriptions, says Roberto Vigoreaux, a spokesperson for the medical group.

"Our labor has been one of helping patients figure out our medical system," Vigoreaux says. "The majority of these people's private health care plans don't function [here] like they do in Puerto Rico, so they can't use it."

Marni Stahlman, president and CEO of Shepherd's Hope, says the organization's charitable medical clinics for the uninsured have seen an increase of 300 patients who registered as evacuees, and that number keeps growing. Some Puerto Rican evacuees who had Medicaid on the island may not qualify in Florida when they reapply – Gov. Rick Scott chose not to expand the program in the state, which means Florida's eligibility requirements are stricter. Federal officials have given hurricane victims, including Puerto Rican evacuees, until Dec. 31 to sign up for health coverage under the Affordable Care Act.

"Aside from not finding housing, the evacuees are having difficulty accessing resources – they don't have their coverage, so while they may have access to dialysis, how are they going to pay for it?" Stahlman says. "This is by far so much more complicated than what we heard when Hurricane Katrina evacuees were going into Houston. We're hearing from folks arriving that they don't intend to go back – there's nothing to go back to, even if they wanted."