According to recent study, mosquitoes in Orlando aren't even that bad

Photo via Orkin
It may seem like we're swatting at mosquitos all day, but Orlando residents have it easy compared to other cities.

A recent study released by the pest control company Orkin ranked the top 50 mosquito cities in the country based on the number of customers serviced in 2015, and Orlando came in at 24.

According to the study, the southeast region of the country appeared to consist of the cities with the most mosquitoes. Atlanta ranked at No. 1 for the third year in a row, followed by Chicago and Washington, D.C.

Aedes mosquitoes have been connected to transferring the Zika virus, according the Center for Disease Control. As of now, the number of Zika cases in Florida has risen to 75; however, all cases reported have involved people who have traveled outside the state. 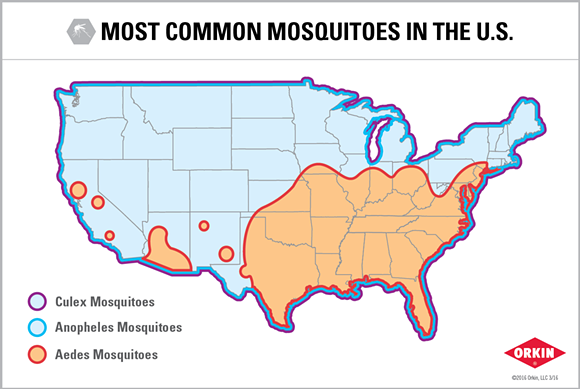