AAF and the Orlando Apollos will suspend operations, reports say 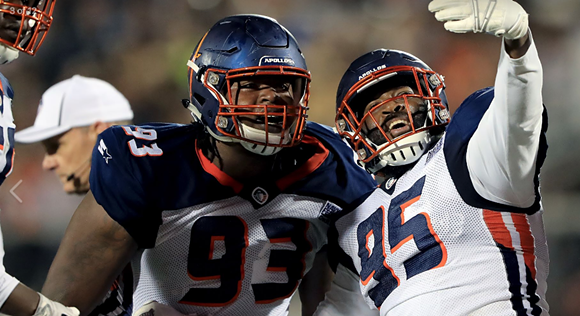 Photo via Orlando Apollos/Facebook
ProFootballTalk is reporting that the Orlando Apollos and the team's parent league the Alliance of American Football will suspend all football operations as of Tuesday afternoon, eight weeks into the inaugural season.

ProFootballTalk adds that the league hasn't officially folded yet, "but it's heading that way."

AAF majority owner Tom Dundon, an NHL team owner who invested heavily in the start-up AAF earlier in the season, stands to lose as much as $70 million. He made the decision to suspend the operations "against wishes of league co-founders Charlie Ebersol and Bill Polian," according to Darren Rovell at The Action Network.