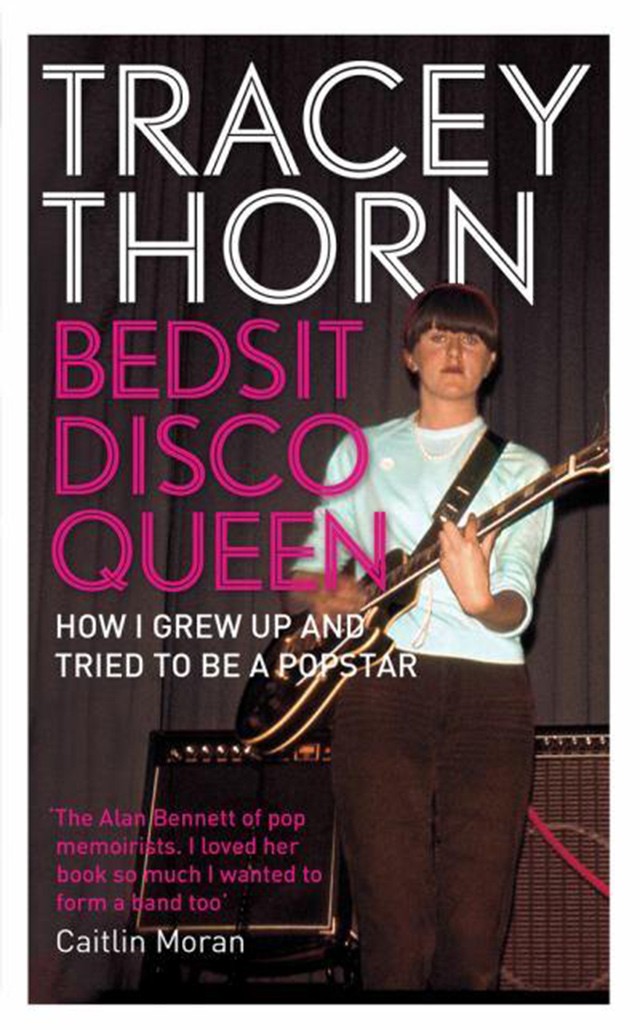 The notion that screaming it all from the rooftops basically amounts to revealing nothing seemed well-suited to the media-saturated pop reverberations of the 1980s. Buried under layers of angular makeup and tightly wrapped in the required uniform of synthetic fluorescence, the videogenic favorites of the day may have ridden their percolating ambitions into household-name status, but they were, in effect, mere advertisements for versions of themselves – substances reduced to styles, sometimes with the help of substances.

There was something to that A&R-manicured distance, though, an almost rhythmic allure that begged for teenage inquisition. For this suburban Floridian – about as far removed from high-street London as from Mother Russia – that magazine-cover magnetism would lead to an early obsession to trivial detail. I had an emotional attachment to Duran Duran, and it was effectively my duty to justify that via feverish reconnaissance.

The bible of the time, at least as far as the U.K. hit parade went, was Star Hits magazine (the cleaned-up American cousin to Great Britain’s Smash Hits), because in its florid, join-our-club lexicon there existed a sense of taking the piss out of the sterile publicity machine, if only for the sake of revealing the flaws of our pin-up princes (and princesses) in the face of adversity or adverse inquiry. Wham! touring China for the first time was far more hilarious and engaging as a series of personal reactions to travel mishaps than it was as the sort of camera-ready sociocultural tourism it was crafted to be, after all. Don’t bore us; get to the chorus.

As the ’80s crested, my own fascination didn’t decline with the magazine’s subscription base (both iterations soon closed shop). As an avid Pet Shop Boys fan, I was introduced to the longform pop memoir in a roundabout way through singer Neil Tennant (a former Smash Hits editor, of course) and keyboardist Chris Lowe. For their first two unlikely tours – they used to say they’d never tour – the duo enlisted fellow Smash Hits alum Chris Heath to document their bumbling treks through Asia (Pet Shop Boys: Literally) and America (Pet Shop Boys vs. America) in a manner that relied heavily upon candor and immediacy. Just reading the tales of willfully incorrect transcription by U.K. tabloid scribes and of Tennant being refused restaurant entry for wearing, gasp, shorts was intensely immersive. It seemed to round out my record collection with an intimacy otherwise lacking.

That cautiously revelatory bar was raised tenfold with the 1995 release of Boy George’s Take It Like a Man, in which the shamed Culture Club frontman and his sequined habits smashed around the pop-world gutter and eventually vomited on Duran Duran bassist John Taylor’s shoes under a table in a New York nightclub. That book’s biggest revelation – that Bush singer (and Stefani-husband) Gavin Rossdale once had an affair with George’s cross-dressing sidekick Marilyn – is still a source of broadsheet titillation. If the tabloids could take George down pop’s slippery mirror, then he would take the glitterati down with him.

In the ensuing years, the pop memoir has blended with the Twitter climate of familiarity through oversharing. John Taylor recently recounted his cocaine-rimmed blurry ’80s through the pleasantly entertaining looking glass of recovery (In the Pleasure Groove: Love, Death, and Duran Duran), landing him an unexpected worldwide bestseller. Last year’s Cyndi Lauper: A Memoir found the kooky wailer rambling about her checkered past, abortion included, riding the hair-color hit parade down to its inevitable nadir. Blind ambition has a price.

But what becomes of the seemingly unambitious who find themselves swept up into the swish of the hit parade? Everything but the Girl singer (and solo artist) Tracey Thorn brilliantly addresses that conundrum in her new memoir, Bedsit Disco Queen: How I Grew Up and Tried to Be a Popstar. For much of the book, Thorn breezily – though sometimes archly – chronicles a Top of the Pops material world of ’80s excess and what it looked like from the sanity sidelines. It wasn’t so much that Everything but the Girl weren’t trying to be successful – indeed, they did score several chart hits in their prime – but rather that they didn’t want to play along with the puppetry of sell-out social climbing. They were tenuously connected to leftist politics, playing benefits for the Labour Party and crafting indie bedsit dramas with a thumbed-nose jazz approach.

But even that ambivalence wouldn’t spare them indignities. In 1985, Thorn and partner Ben Watt (who wrote his own medical memoir, Patient, in 1996 after nearly dying of a rare disease) were recruited as “delegates” to play to students in Moscow.

“Before we went on stage a magician performed, in top hat and tails, pulling doves out of thin air,” Thorn writes. “Then a woman in a pink evening gown came on to introduce us, her long speech in Russian referring to two famous names of English pop: John Rotten and Tracey Thorn.”

By the mid-’90s, following Watt’s brush with death and an artistic low, the band’s career found new life in odd places. First, Thorn guested on a Massive Attack song, “Protection,” then Todd Terry remixed their 1994 acoustic single “Missing” into a dancefloor anthem, selling millions of copies and landing them near the top of the charts around the world (it reached No. 2 on the U.S. charts). The odd appearances began anew; the junkets were beckoning; U2 called upon them to be openers on their tour. Fearing the consequences, Thorn declined. A decade later, Thorn bumped into Tennant at a party – in my pop memoir world, everybody goes to the same parties – and discussed the idea of yet another go at notoriety.

“[Tennant] immediately asks what I am doing these days ‘with my lovely voice,’” Thorn recalls. “‘Shouting at the kids,’ I answer. It’s meant to be wryly funny, but comes out sounding like Waynetta Slob. He looks dismayed.”

These little pieces, the seemingly mundane details that plague even the most glittery life: These are the bits that matter, and these are the books that taught me to look for them.