A negotiated peace: Antoinette Tuff and the new culture of compassion 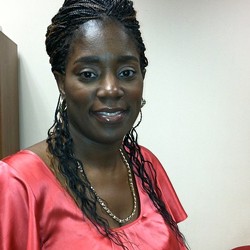 "Well, SHIT."
I started paying real attention to movies in the 1970s, which means I grew up watching a lot of hostage situations. From Dog Day Afternoon to The Taking of Pelham One Two Three, it seemed that, every week, I was seeing some professional negotiator talk a gunman out of mayhem.

That’s why, when I heard the 911 tape from the Decatur school standoff, I was expecting a different kind of denouement. I was waiting for the moment when, after the police had finally entered the building and subdued Michael Brandon Hill, Antoinette Tuff would drop her compassionate act and start shrieking at the cops to stomp the life out of the guy who had just put her through hell. All these years later, I guess the sight of Al Pacino’s partner Sal getting a bullet in the forehead, just out of pure spite, still informs my expectations of humanity in certain situations.

But this time, that moment never came. And the reason it didn’t is one that should inspire everyone of good will while scaring the life out of the rest: Tuff, it seems, hadn’t been kidding about the things she said.

Listen to the 911 tape, and you’ll understand why Tuff was more effective in this situation than even a professional negotiator might have been. While it’s debatable if she really believes Hill will not face serious penalties for his actions, or if it’s just the sort of thing she knows cops say to defuse such crises, her actual concern for her captor is both genuine and deep. She sympathizes with him. She empathizes with him. In some critical respects, she even identifies with him.

It's going to be all right, sweetie. I just want you to know that I love you, though, OK? And I’m proud of you. That's a good thing that you're just giving up and don't worry about it. We all go through something in life.

It’s interesting which parts of the tape some media outlets have chosen to air. On his MSNBC program of last night, Lawrence O’Donnell made a big deal about playing a large amount of the call, arguing quite persuasively that we should pay as much attention to this story as we do to similar situations in which casualties occur. But he only broadcast Tuff’s reassurance to Hill that everybody experiences hard times; he didn’t present the evidence she had produced from her own life. The husband who left her, the disabled child, the suicide attempt – none of that did I hear until I happened upon it on CNN this morning.

But look at me now. I'm still working and everything is OK.

I’m sure some right-wing bloviators will seize upon Tuff’s statement that she is now “OK” since she still has a job. See? they’ll crow. Forget all that bleeding-heart crap about underfunded schools and the social safety net. This black elementary-school bookkeeper says she’s just fine! But at the risk of shoving any particular personal ideology down the throat of a genuine American hero, I hear something quite different. To me, the unsaid but essential corollary to Tuff’s “everything is OK”  is “

within the limits of what people like you and me can expect.” It’s the only interpretation that makes sense within the context of their conversation. Because make no mistake, Tuff addresses Hill – the sort of deranged boogeyman our society loves to sensationalize -- as a person just like her. Where others would see “a bad guy with a gun,” she sees a fellow human being.

That human being, we should note, may have been unable to keep his mental fragilities under control because his Medicaid ran out (even as he was able to acquire an AK-47 and 500 rounds of ammunition). Dare we wonder what kind of benefits Tuff herself does or doesn’t enjoy? What extent of support she’s received for that disabled kid? And why any of that might enhance her already awesome capacity to reach out in earnest to another troubled soul?

Guess what, Michael? My last name is Hill, too! You know, my Mom was a Hill!

Just this week, a friend of mine reminded me of something I had once said about the “culture of cruelty” – the way in which we’ve refashioned our national character around the idea of screwing the other guy for personal advantage, and sometimes just because you can. What the Decatur miracle has made me realize is that any such downward pressure will engender an equal and opposite reaction. It’s an old trick of the haves to get the have-nots fighting amongst themselves. But when they’re so overt about it, and the spoils they leave for the losers are so meager, somebody always gets wise.

We now may be seeing the emergence of a new culture of compassion – a counterculture of compassion, it might be more accurate to say. And its leaders will be people like Antoinette Tuff. People who, even when they’re momentarily forced to be scared of each other

(I’m-a tell you something, babe, I’ve never been so scared in all the days in my life)

will simply not stop loving each other.

Days without a response from the publication that plagiarized from me and won’t come clean: 66.